Israeli right-wing journalist, Yossi Yehoshua tweeted that a defense ministry official told him that Israel  had notified the US before designating Palestinian NGOs as terror groups; and that it had also provided “evidence” to support the decision. 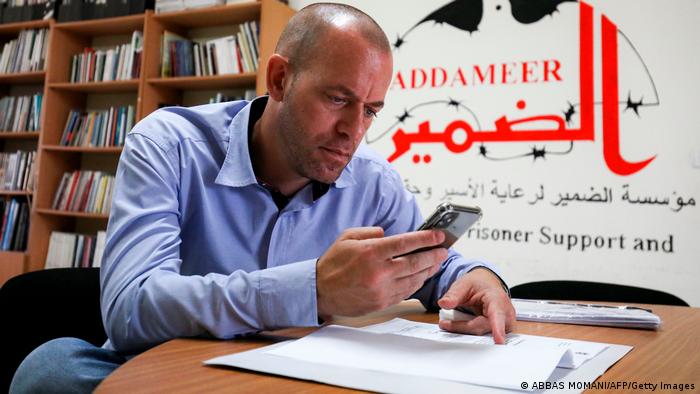 This directly contradicts Ned Price’s statement yesterday that the US was not given advanced warning of the announcement (see yesterday’s post linked above).  I asked the State Department to respond to the Israeli claim and a spokesperson refused to comment beyond Price’s statement.

There are many reasons to doubt the Israeli claim.  The primary one is because it echoes a similar claim made by Israel after its warplanes destroyed a Gaza apartment tower last May, claiming the building housed terrorist operatives. After an international outcry over the incident, the US felt pressured to respond. The Israelis pre-empted the outcry by claiming it had provided evidence to the Americans to support its claim of terror activity.  Sec. Blinken confirmed that information had been passed through intelligence channels. But he refused to confirm the nature of it or whether it was persuasive or even credible.  This left the Israelis hanging out to dry.   And no one was satisfied with the Israeli claims, as the media outlets whose offices were destroyed rejected the Israeli assertions categorically.  But in the meantime it deflected criticism for a few days and served a useful purpose.

Today’s claim is a similar attempt to stave off global outrage.  It’s a feeble attempt to double down on an ill-considered decision which will likely (depending on how insistent the US is) be rescinded.  It’s a question of how long before the Israelis realize whatever political benefit there may be at home by currying favor with far-right voters is no longer outweighed by damage to Israel’s reputation on the world stage.  Apparently, not enough damage has been done (yet).

UPDATE: Israeli Security Minister Omer Bar Lev criticized Gantz’s declaration, saying it was never even presented to the Israeli cabinet (Hebrew) before it was issued; and that “raised serious questions.”

The defense ministry now promises to send a special envoy to the US to present the secret intelligence data which “proves” that the NGOs are terrorists.  The ministry says the evidence is air-tight and “cast in concrete.”  I suppose it may be made of the same concrete which Israel pulverized to bits when it destroyed the Gaza apartment tower last May.  And I hope that US intelligence officials will treat it the same way when they see it.

In a final irony, Judeo-fascist Itamar Ben Gvir sits in Knesset and the racist thuggish Lehava has not been proscribed as a terrorist group.  Maybe Gantz should pay more attention to Israeli terrorists who actually engage in violence, than Palestinian NGOs non-violently protecting democratic rights.

In fact, I call upon the US and EU to identify Israeli fascist and/or terror groups and individuals, and designate them formally as proscribed.  Among them (and feel free to add your own “favorites” in the comments).  If Israel wants to name and shame Palestinian NGOs, let’s demand it receive the same treatment:

A global outrage? Not in the media and the Dutch Likoed likely to lobby to stop all funding.

Thank you once again Richard, for your analysis, following the news and actual as always and for your independent thinking. You represent the best of the role educated intellectuals have to fulfill in our era. Waging an uphill battle for truth and insight.

@ Jaap: I am humbled by your praise.

My guess would be that the PFLP had been shaking down these NGOs and that Israel caught wind, and is now exploiting the matter for her own political gain.

@ Cillian: Your “guess” is worthless. I warn you again. Do not offer your opinion unless you have credible facts and sources to support them. There is absolutely no evidence whatsoever of any financial connection between the NGOs & PFLP. None. And an unsupported claim by NGO Monitor is as worthless as your guess. Until you have any, keep your biases to yourself.

I on the other hand, have offered credible evidence that other nations and NGOs have fully Investigated similar Israeli claims and found them baseless.
The next time you pull this, I will delete your comment.

[comment deleted: I told you to present real credible evidence the NGOs were involved in terror attacks. And instead you make claims without offering a Shred of evidence to support them. As for the video: if you attend a Jewish Voice for Peace event, does that make you a member? And if it’s designated a terror group, are you a terrorist? You are done in this thread.]

How, Khalida Jarrar at a PFLP event ! What a scoop ! It’s not that she’s been elected representing the PFLP, it’s not that she spent years in Israeli prison (she was just released a few weeks ago, but after the funeral of her beautiful 30-years old daughter Suha) for being a member of the PFLP.
Fortunately we have the latest hasbara-bot to inform us …

@ Deir Yassin: Not to mention that when she was elected to the Palestinian parliament on behalf of PFLP she no longer had any role with the Palestinian NGO. What Israel is trying to do is criminalizing being Palestinian.

The guy on the photo is the lawyer Salah Hammouri, born in occupied East Jerusalem to a French mother and a Palestinian father, he was arrested some 15 years back and after a plea bargain condemmed to 7 years for “plotting to kill” Ovadia Yosef. Even the French minister of Foreign Affairs at the time stated that the case was empty.
After his release, he studied law at Bir Zeit, the Israeli occupation forces continued to harass him, he spent another year in prison, they prevented his pregnant French wife from returning to Jerusalem, so his son would not be born there.
They just revoked his Jerusalem residency a few days ago.

@ Deir Yassin: Thanks for the background. I’d heard about the residency case. But didn’t know this was his picture.

how long before the Israelis realize whatever political benefit
must i remind you. at this stage israelis dont care , israel money power will paper over any and whatever mischievous deed is committed .
it is obvious it will be retracted without pomp .
the question to be asked is why and why now.
what is gantz advantage is he seeking, this is personal

2017 obit on chemical baron Harry Wechsler. His militant legacy lives on in the form of the villainous NGO Monitor which recently labeled Palestinian rights organizations as terror groups.