NOTE: I’ve published two articles on the Israeli elections. In Middle East Eye, I reported on the triumph of Judeo-supremacist Kahanism in the election results.  I also published my first article in the Cairo Review of Global Affairs, edited by Firas Al-Atraqchi. It suggests ways in which Netanyahu might cobble together a governing coalition with the strangest of bedfellows: an Islamist party associated with the Muslim Brotherhood which endorses the Palestinian Right of Return. 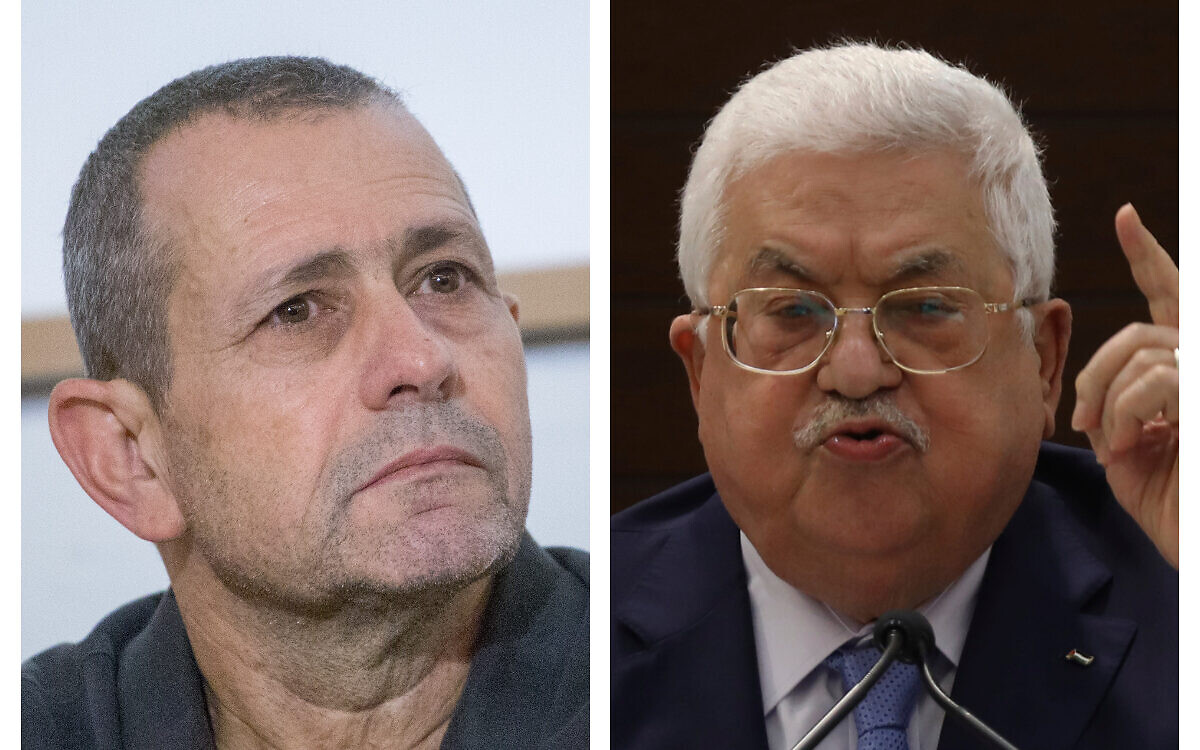 Recently, Israel’s Shin Bet chief, Nadav Argaman, held a contentious secret (at the time) 90-minute meeting with Mahmoud Abbas, head of the Palestinian Authority, at his home in Ramallah.  It didn’t go well.  According to the Palestinians quoted in this Israeli state TV broadcast, Argaman arrived with an “attitude.”  It’s was patronizing and high-handed; offering the Palestinian leader demands rather than requests.

The Shin Bet boss had several items on his agenda: one was to warn Abbas against going to elections, which had recently been agreed with Fatah’s chief rival, Hamas.  Israel fears that Hamas will win them, as it did the last time they were held in 2006.  The second was to warn Abbas against pursuing a war crimes case against Israel before the International Criminal Court.

Though Abbas runs a thoroughly corrupt PA and largely does Israel’s bidding without any thanks from his Israeli “betters,” the 85-year-old leader does awaken once in a while and show he has a bit of spunk.

Argaman: You can’t go to elections with Hamas.

Abbas: I don’t work for you!  I decide whether there will be elections and no one else.

Argaman: But what if Hamas wins?

Abbas: You’re telling me this?  Who built up Hamas?

Argaman expressed Israeli anger over the ICC inquiry.  He warned that if the PA didn’t abandon the effort Israel would cut off the transfer of tens of millions of dollars in tax revenue to the Authority.  Abbas told him off in no uncertain terms: “There is no other place I can turn to for justice other than the Hague.” When the Shin Bet head replied that Israel too had complaints it could file against the Palestinians before the ICC, Abbas responded:  “As far as I’m concerned, you and I can sit together in the same cell in the Hague.”

The PA appears to be moving forward with the elections despite Israeli objections.  It is of course ironic that Israel, which prides itself on being the closest thing in the Middle East to a western democracy, is frightened of Palestinian democracy.  A further irony is that Israel objects to Hamas as a terrorist group, while it is likely that Kahanist thugs who’ve committed, or aided terrorist attacks on Palestinians could enter the next Israeli government.

Israel has a long history of sowing strife among the Palestinian factions.  It may detest Hamas, but as Abu Mazen correctly noted it isn’t above using the Islamist group as a foil to promote its own interests.  And those interests are to divide and weaken the Palestinian movement.  In fact, none other than Netanyahu himself told a Likud meeting in 2018:

“Whoever wants to sabotage a Palestinian state must strengthen Hamas by transferring funds to it.  That’s part of our strategy–to divide Palestinians in the West Bank (supported by Fatah) from those in Gaza (supported by Hamas).”

The Kan reporter asked Israeli officials to respond and they did not deny the accuracy of the quotations.  But said they may not have been expressed in exactly the tone reported in the news segment.

Yesterday, the Biden administration announced that it intended to suspend sanctions imposed by then Pres. Trump against the ICC chief prosecutor, who was investigating potential US war crimes in Afghanistan and Israeli war crimes in Gaza.  The US continues to oppose the Israel inquiry, but it should worry the Israelis that the new administration is warming towards the international body.  It could mean that this country will not do all in its power to shield Israel from accountability for the thousands who’ve been killed by Israeli troops since Operation Protective Edge in 2014.  This was an approach adopted by the Obama administration towards the end of his second term when he refused to veto a Security Council resolution condemning Israel for its illegal settlements.

“…Israel objects to Hamas as a terrorist group..”.

Lets not mention Irgun and its affiliates.

Why not go back to 1776 with the revolutionary war?

And your point is? Irgun, the Stern Gang, Haganah were all terrorist groups a short 72 years ago. And they decimated Palestine through terrorism. In fact, Israel was founded on terrorism, so I’d suggest you think carefully about who you support.

Go all the way back to Cain and Abel, Avram..or even just as far as the Mosaic law of thou shalt not kill.
How Jewish would that make your IDF? Hardly kosher.

Abbas: “I decide whether there will be elections and no one else.”

But Israel eliminates anyone better that arises.

RE: “Abbas: You’re telling me this? Who built up Hamas?”
SEE: “How Israel Helped to Spawn Hamas” | By Andrew Higgins | The Wall Street Journal | Jan 24, 2009
[EXCERPTS] Surveying the wreckage of a neighbor’s bungalow hit by a Palestinian rocket, retired Israeli official Avner Cohen traces the missile’s trajectory back to an “enormous, stupid mistake” made 30 years ago.
“Hamas, to my great regret, is Israel’s creation,” says Mr. Cohen, a Tunisian-born Jew who worked in Gaza for more than two decades. Responsible for religious affairs in the region until 1994, Mr. Cohen watched the Islamist movement take shape, muscle aside secular Palestinian rivals and then morph into what is today Hamas, a militant group that is sworn to Israel’s destruction.
Instead of trying to curb Gaza’s Islamists from the outset, says Mr. Cohen, Israel for years tolerated and, in some cases, encouraged them as a counterweight to the secular nationalists of the Palestine Liberation Organization and its dominant faction, Yasser Arafat’s Fatah. . .
. . . When Israel first encountered Islamists in Gaza in the 1970s and ’80s, they seemed focused on studying the Quran, not on confrontation with Israel. The Israeli government officially recognized a precursor to Hamas called Mujama Al-Islamiya, registering the group as a charity. It allowed Mujama members to set up an Islamic university and build mosques, clubs and schools. Crucially, Israel often stood aside when the Islamists and their secular left-wing Palestinian rivals battled, sometimes violently, for influence in both Gaza and the West Bank.
“When I look back at the chain of events I think we made a mistake,” says David Hacham, who worked in Gaza in the late 1980s and early ’90s as an Arab-affairs expert in the Israeli military. “But at the time nobody thought about the possible results.” . . .
ENTIRE ARTICLE – https://web.archive.org/web/20090208223439/http://online.wsj.com/article/SB123275572295011847.html

I believe they did think of the results.
A religious injection to derail the secular politics of the PLO.
Results? Palestinians, as per program, divided and ruled….out.