While today I largely live the life of a secular Jew, I have always been deeply engaged with Jewish traditions.  From earning an undergraduate degree at Jewish Theological Seminary, to studying Judaica at the Hebrew University for two years, to enrolling in a Ph.D. program in Hebrew literature, to my commitment to this blog, I have deeply felt my Jewish identity.

That being said, I have also always, in the best traditions of Franz Rosenzweig and Baruch Spinoza, been a skeptic about aspects of this tradition.  While much about it is appealing and meaningful, there is also much that is baffling at best, and disturbing at worst. How can anyone feel anything but revulsion at the account of the forbears of the tribes of Israel slaughtering all the men of a local tribe because their sister had been raped? Or the decree of death against King Saul because he spared a few of the Amalekites against a divine genocidal directive.

Nevertheless, the good has always outweighed the bad and my commitment remains. 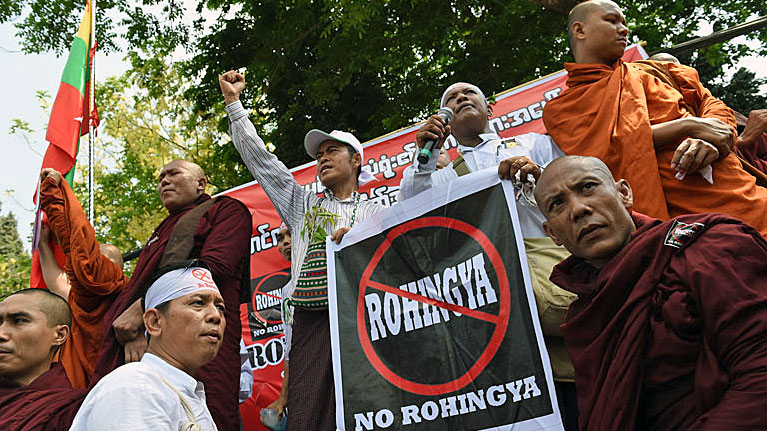 One of my main objections to mainstream Judaism is the belief it is eternal.  That its origins harken back to the beginnings of Time and its future is eternal.  This conception leads to triumphalism, supremacism, and profound intolerance of other traditions.  In fact, it leads to the version of pagan idolatry masquerading as authentic Judaism among the Israeli settler movement.

Not to mention Myanmar’s Buddhist genocide against Muslim Rohingya, and China’s forced annexation of Tibet and subsequent decimation of Tibetan Buddhism. Similarly, China has ruthlessly eradicated Muslim leaders and traditions among the Uighur. The human race is capable of monstrous things. But when religion comes into play the monstrousness is magnified.

Anyone with a broader view of the universe (not just their own existence or religion) must concede that our species has existed for millions of years.  And that our own religion has existed at best for thousands.  Whatever spiritual life ancient humans observed (and we know our species has always maintained such traditions), had no connection to today’s religions. 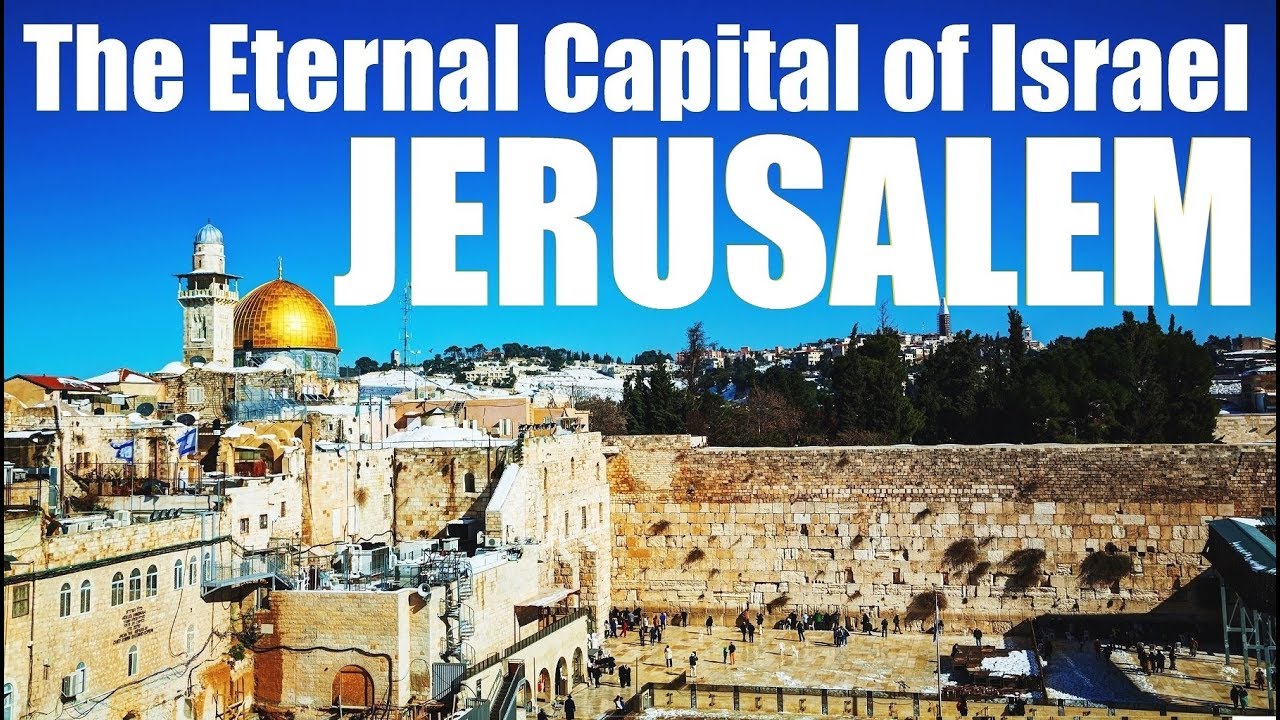 The illusion of eternity

In the same spirit, if we look at the future of the human race, we know for a certainty that the belief systems of subsequent generations will not resemble those of today.  In other words, none of our religions are “eternal,” despite claims to the contrary.

Nor is similar insistence by Israel that its claims to the land are divinely ordained by virtue of a holy book. Nor are Israel’s claims that Jerusalem is its “eternal capital.”  In fact, Jerusalem predates the Israelites and, no doubt, hundreds of thousands or millions of years in the future a different tribe or religion will inhabit it.  Or it may disappear entirely.

To offer one example. the stories of the Bible purport to render an accurate historical account of Jewish history.  When in fact, we know that many of these tales are fictions created by later generations.  While some may have kernels of truth, most are, as Israeli archaeology scholar Israel Finkelstein argues, at best embellishments of the historical record:

…Archaeological…evidence disconfirms the stories of the Patriarchs and the Exodus, the Conquest of Canaan and the existence of the United Monarchy in the days of David and Solomon. Additionally, monotheism developed only during the late Monarchic period [and not in the era of Abraham or even Moses]. Biblical historiography was one of the cornerstones in the construction of national identity of the Jewish-Israeli society, and therefore Herzog admitted that as a son of the Jewish people…he feels the frustration on his “own flesh.”

In this context, he…estimated that Israeli society…is not strong enough to accept the archaeological facts that shatter the biblical myth.

In short, we humans have created religion and its belief systems.  It was not handed down to us by a Divine presence, as dramatic as the story of Moses at Mount Sinai may be.

Equally dubious are claims by most major religions that they represent divine will or purpose.  In fact, such beliefs of exclusivity have led to nothing but horrific bloodshed via the Crusades, Spanish Inquisition, and today’s rise of white supremacy and European Christo-fascism.

The only thing in life and the universe that is certain, is change. Mutability is the only eternal verity.  The conception of immutability held by most contemporary religious adherents flies in the face of this.

Of course, religion offers comfort by placing us in a historic line leading from birth to death and eternal salvation. That gives our life meaning beyond itself and beyond its mortal span.  Human suffering, which surrounds us virtually every day, can only be redeemed by belief that there is a better world in God’s domain.  In that regard, it seems almost cruel to point how problematic this is. 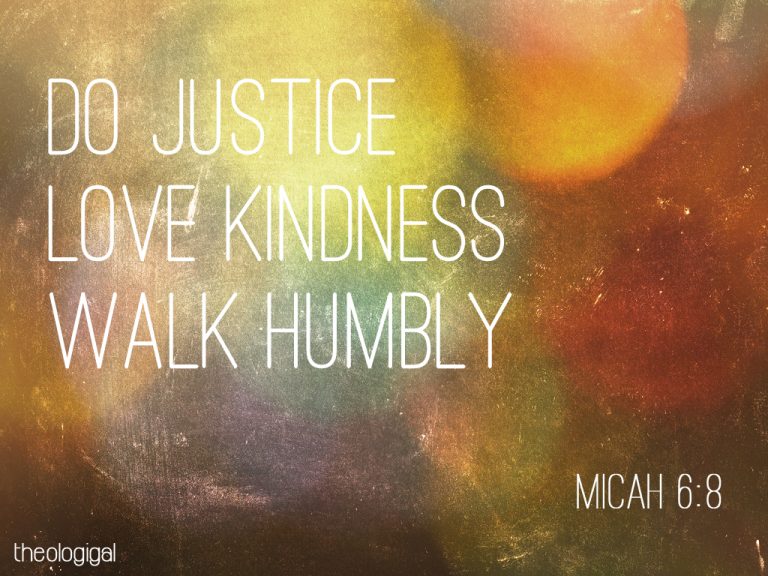 A religion of humility

Any view of religion as representing immutable verities is presumptuous.  Of course, many religions offer profound moral traditions representing the finest and highest of human values.  But the idea that they alone devised and uphold them is problematic, to say the least.  And the notion that other religions represent something different or lesser is the cause of immense and needless strife.

To be clear, I am not denouncing religion itself. I am critiquing a certain conception of it that dominates the minds of most of adherents.  I do on the other hand believe there are eternal values that some call religion and others call morality. Worship of a divine figure who calls on humanity to do justice, kindness and humility is a religion which recognizes the transitory nature of life and all the works of Man (and woman), including religion itself.

If religion teaches us anything it should offer a sense of our limitations: that we don’t know everything.   That our belief system is not fixed, but mutable.  That any system that refuses to learn or adapt is not just static, but toxic.  Nor do we “own” truth.  In short, there was much that came before any of today’s religions and much that will come in the future.

This will seem heretical to some.  But to others, there may be a sense of liberation and broadening of one’s view of human history and existence.

Richard: Excellent piece. One question: is it not true that there is very scant historical evidence, if any at all, that Moses, as depicted in the popular culture or in the movie “Ten Commandments” did exist? This is of course separate from the Israelite tribe. Nowhere in Egypt’s history , for example, one finds any discussion of the Exodus.

A thoughtful essay!
Religion fills emotional and social needs for many.The religion one was brought up in keeps one attached to one’s family and community, a strong need. It may not be for some, and often is not, about what that religion’s tenets are, its myths, or what stands for, attempts to teach or requires of one.The basics are transferred nevertheless in various ways, person to person, generations down.
Established religion teaches or promotes morality, and what we recognize as the good. Those can be and are perverted, even or especially by religious leaders.
But eternal values, morality, remain “the good”. We hang on to that across lines. We (most of us I dare say) know the good in our hearts. We defend these “sacred” values regardless even if we must go against religion (the face of it) as presented- if misguided. It often enough is.

This is what, I think you are saying here. It’s an evolved personal philosophy that allows one to stand upright, befall human with all it’s realities and consequences.
Coming from a very religious background I was internally compelled to follow my own heart. There was a price. But I am much more comfortable being “secular” too. I see also how people need their religion.
Generally, its the basic “eternal morality” that guides the world, that has power across religious lines, that we fight for. .
Thank you.

Last edited 1 month ago by Potter
1

I can’ edit but this is my correction of my above:

This is what, I think you are saying here. It’s an evolved personal philosophy that allows one to stand upright, be all (or fully) human with all its realities, uncertainties, and consequences.

Not every human soul can, wants to or is able to stand up so. They are weak, need help and go to religion for that and get it. They are vulnerable. They go to tribalism, partisanship, nationalism and easily forget, let go of, or never knew or felt eternal moral obligations of being human.
To feel so morally compelled is itself a gift from ancient religions. There are those that have, carry, no such obligations or responsibilities towards “the good” but who are narrow selfish, distorted, nihilistic and plain evil. Evil is a religious term, or comes from religion…good and evil.

Listening to Joseph Campbell’s lectures were so enlightening for me.