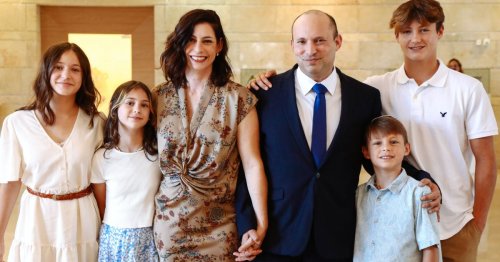 UPDATE: Israeli security officials announced that Naftali Bennett’s teenage son had also been sent a death threat along with a bullet in the mail.  This is the second such threat in the past few days.

Israeli politics consists of a bunch of mafia-like chieftains battling for a bigger cut of the pie.  Even willing to “rub out” their competitors.  Prime minister Naftali Bennett received a bullet (English) in the mail from one such “admirer.”

Actually, the letter was sent to the prime minister’s wife at her former workplace. The message to Bennett is that we’ll target not only you, but your wife and children:

…The letter mentioned the couple’s 16 year old son, Yoni, and said “We will get to you.”

Who else but Mafiosi and death squads engage in such acts of terror?

This calls to mind the 1995 assassination of then-Prime Minister Yitzhak Rabin.  In that case, there was no threat-by-bullet.  Instead, there were hanging nooses and coffins.  Nor were they sent via private packages in the mail. But rather by public protests incited by Bibi Netanyahu, who is drenched in Rabin’s blood.

Typical of the response by Israeli political Mafiosi, is that of ex-wannabe Jewish terrorist and current MK, Betzalzel Smotrich, who dismissed the entire incident as much ado about nothing:

Far-right leader Bezalel Smotrich, a former ally of Bennett, said he “doesn’t know” whether it was “an actual event,” suggesting it may be “a spin meant to delegitimize the right.” 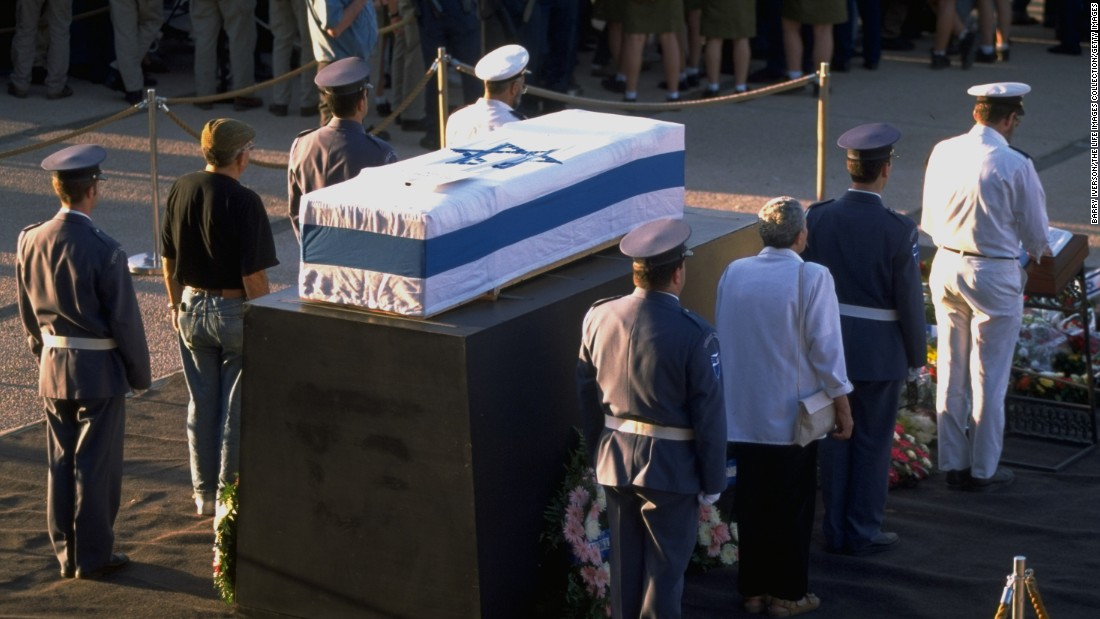 Not that there is any sort of parity between Rabin and Bennet in terms of political vision. Rabin, for all his faults (and there were many), was pursuing a path to peace that could have offered a constructive outcome to the Israeli-Palestinian conflict.  He was a mortal threat to the settler movement and its messianic visionaries, whose rabbis sanctioned his murder via an opaque religious ritual called a pulsa di nura.

A historical footnote: in the 1980s I worked for New Jewish Agenda. The NY Times reported that a cabal of right-wing rabbis issued a pulsa di nura against our entire organization.  We were put in herem en masse.  I personally felt honored since this was the same treatment the Amsterdam Jewish community inflicted on Baruch Spinoza.  Luckily, the Massachusetts rabbis had no disciples crazy enough to follow through on taking a shot at one of us.  Had we known what would happen to Rabin a decade later we might have acted differently.

Bennett, by contrast, is no profile in political courage. He has ruled out explicitly, not only a Palestinian state but any form of direct negotiations with the Palestinians.   He may not be the Mr. No of Israeli politics.  That would be Bibi. But he is Mr.  Soft-No. He will still stab Palestinians in the back,  but he will do so with a smile on his face instead of a scowl. 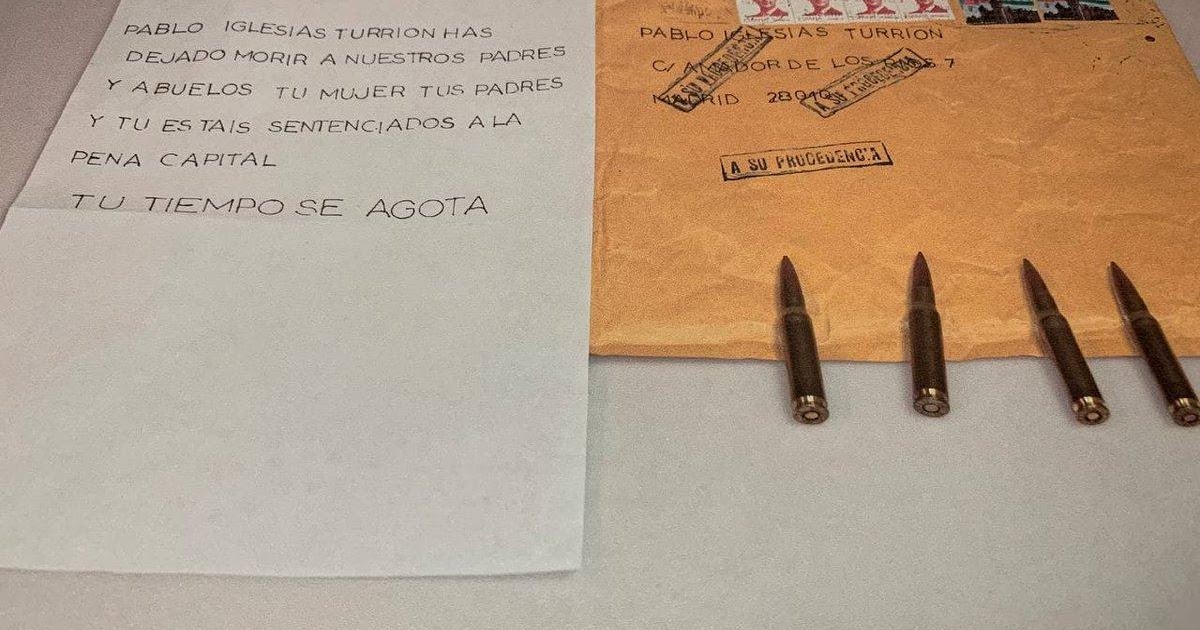 Earlier in his career, when he was trying to out-Bibi,  Bennett bragged that he’d “killed a lot of Arabs” and was proud of the achievement. He’s advocated what I call ethnic cleansing-lite or partial “transfer”–of Israeli Palestinian villages to Palestinian control, in order to rid the country of “excess” non-Jews.  In other words, he is no prince nor political gem. He is more of the same, just wrapped in kinder, gentler packaging.

So if Bennett has forsworn anything remotely close to peace-“mongering,” then why the bullet?   That goes back to the mafia bosses battling for ever-larger territory for their drug peddling. The ultra-right (Netanyahu/Likud) is bitter that the soft-right usurped its Right to Power by toppling its last government. Bennett is the usurper.  The traitor to the far-right, who felled its hero, Bibi.  For that, Bennett will forever earn their enmity.  Thus the bullet in a box.

Bibi Netanyahu is not the sort to go idly into the political night.  He is a narcissist sociopath (like Trump) who believes he is the only person deserving of leading the nation. He is or should be the center of Israel’s political life. All others are pale imitations or outright traitors.

Bibi incited Rabin’s murder with a rage-filled Mussolini-like speech from a balcony overlooking Zion Square.  Why would he not incite the murder of his leading political rival and threat?  A security source I consulted refused to comment due to the sensitivity of the matter.  But he pointed to a statement last year from then-Shin Bet chief, Nadav Argaman:

Political incitement, and in particular the use of the term “traitor,” is a highly contentious issue in Israel as it is an accusation that was made by right-wing protesters against prime minister Yitzhak Rabin before he was assassinated in 1995 by a far-right Jewish extremist. The incitement against Rabin, which included him regularly being called a traitor by protesters, was seen as contributing to the motivation of his killer Yigal Amir.

Argaman and the Shin Bet fear that somebody will “misinterpret” the criticisms of the planned change government, the TV report said, “will grab a weapon, will carry out a violent act, and will harm either Bennett or one of the MKs” heading into the change government

I pointed out then, that Netanyahu was warned a full year before Rabin’s assassination that his rhetoric could incite the prime minister’s murder. Then Shin Bet Boss,  Carmi Gilon, asked Bibi to forswear violence and publicly tell his followers to tone down the rhetoric.  Tellingly, Bibi refused.  We know the rest.

Nor would Bibi have to give a direct command to anyone to plot Bennett’s murder. He’s too wily for that. No fingerprints at the crime scene for him. It would be more along the lines of Henry II speaking to his advisors about Thomas a Beckett: “Will no one rid me of this meddlesome priest?” His henchmen knew what was required and obediently executed his thinly veiled command.

If I were Shin Bet director (a highly unlikely proposition for obvious reasons), this time I would warn Bibi that if any of his supporters so much as utter a word of incitement to political violence, the security agency would arrest him as an accessory and hold him directly responsible. Unlikely this will happen, as the Shin Bet is cowed, something Bibi counts on in pursuing his schemes to regain power.

Comments are published at the sole discretion of the owner.
Subscribe
15 Comments
Oldest
Newest Most Voted
Inline Feedbacks
View all comments

“Who else but Mafiosi and death squads engage in such acts of terror? ”

@ Off Pitch: Nope, sorry. Anyone seeking to Assassinate a prime minister is not a lone-wolf. Nor a nut job. Yigal Amir was neither. He was a product of the far-right religious messianist movement that hated Rabin so much they were willing to kill him.

It’s quite possible there is a similar political movement engendering the same type of hate against Bennett.

@ Becky: Wrong. In fact, the author of the death threat represents hundreds of thousands of her fellow Israeli Jews. Much of Likud and almost the entire ultra-nationalis settler sect agree with her and would cheer her on. The hundreds of Elad yeshiva students chanting for Bennett’s blood agree with her. The tens of thousands of thugs who roamed Israeli streets last May hunting for Israeli Palestinians are not “lone nut jobs.” Your problem is you refuse to recognize the sickness at the heart of Israeli Jewish society.

Nor is there anything in the article you linked to confirming she either she was a “nut job” or only represented herself and had no moral support from the rest of the Israeli Jewish populace.

I’m curious. Do you ever write a post that praises Israel for something? Anything? Or is it always, invariably, negative?

@sharbul:, I’m curious: why does Isrsel need a cheering section? There is far more wrong with Israel than there is right. So why should i sing its praises? If you want praise, there are thousands of sites where you can hear the praises of Israel sung to the high heavens. I suggest that may be a more conducive place for you

I asked you a personal question about your blog, and you dismiss me and send me away. I guess that’s as good an answer as I will get (and it speaks volumes).

@,Sharvul: “Personal question” my ass. You asked a provocative, leading question about my blog. You suggested the fact that I don’t engage in Happy talk about Israel indicated I was insufficiently positive. I guess yr question speaks volumes about your purpose here as cheerleader for a Lost Cause.

Q.E.D. You’re nothing but a bitter, old man.

@ Sharvul: You’re nothing but banned. Don’t let the door hit ya on the way out.

Oh, and before you go, since you’ve challenged me about wring something that “praised Israel”… When have you written anything praising Palestine? Just sayin’. Two can play at this game.

Israel has a lunatic fringe, same as in every developed country.

@Becky: Except that your lunatics run the asylum and have for 50 yrs. We had one lunatic for 4 yrs. Obama preceded him and Biden followed. You should only have such leaders. But you didn’t. You had kleptocrats and wannabe dictators who run a terror state.

“..Except that your lunatics run the asylum..”

Richard: However it Looks like your lunatics haven’t given up on taking over management of the asylum – even supported by AIPAC

@ Eli Gal: Unlike you we have distinct Separation of Powers. Even if the GOP lunatics in Congress take over, we still have a president who is not a lunatic. You have an entire Knesset full of lunatics and have had right wing extremists running the country almost continuously since 1977. That’s not remotely the case here.