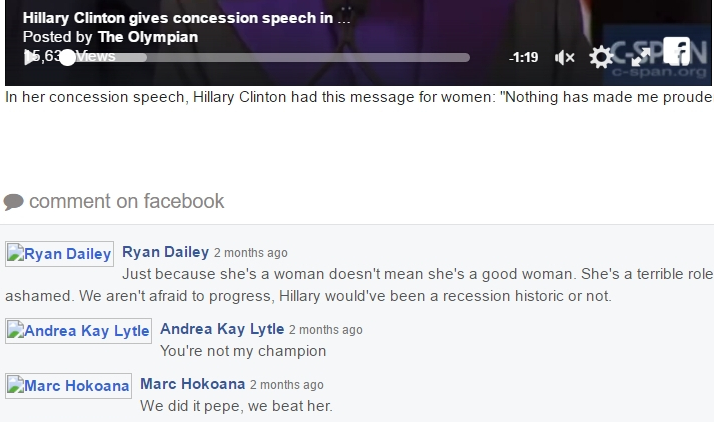 To many Americans outside of alt-right circles, Pepe the Frog is either a cute cartoon figure or perhaps a slightly devilish looking internet meme.  But Pepe, alas, stands for some of the basest values in today’s American society: the most racist, violent, homophobic and misogynist.  Pepe, as conceived by his alt-right disciples is a neo-Nazi.  An armed neo-Nazi.  And he is not just a form of discourse.  Those who believe in him believe in far more than talk.

Take Marc Hokoana.  We already know that Hokoana, who shot Josh Dukes last Friday night on the University of Washington campus, is a devote of Milo Yiannopoulus, Breitbart, Donald Trump, et al.  But thanks to research offered to me by a local activist, I’ve discovered that the shooter has embraced

the alt-right’s cartoon god: Pepe.  You can in the screenshot from the Net24h.com that he has a personal relationship with the cartoon character, when he wrote: “We did it pepe, we beat her.”  In the video, you can see Hokoana in yellow hat joining in the Pepe chants at 7:19.

Further, the Seattle Times noted a direct message sent by Hokoana to Milo as he waited to enter Kane Hall for the speech.  In it, he boasted of being punched.  Clearly if he was it was, because of the incitement and provocation that he posed, which ended with him shooting an unarmed protester.

Find out more or adjust your settings.

This website uses cookies so that we can provide you with the best user experience possible. Cookie information is stored in your browser and performs functions such as recognising you when you return to our website and helping our team to understand which sections of the website you find most interesting and useful.

Strictly Necessary Cookie should be enabled at all times so that we can save your preferences for cookie settings.

If you disable this cookie, we will not be able to save your preferences. This means that every time you visit this website you will need to enable or disable cookies again.