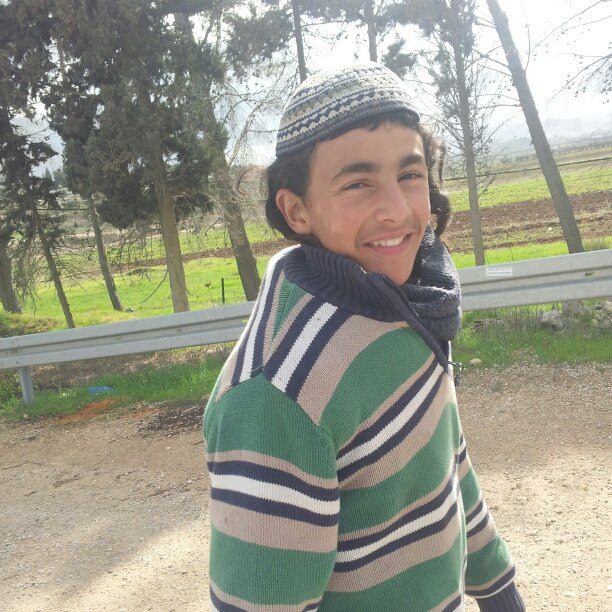 The Dawabsheh murder case gets curiouser and curiouser: Walla has just revealed that one of four Israeli settler youth accused of committing the arson fire which murdered three members of the Dawabsheh family and left a boy orphaned, is a U.S. citizen.  The family, whose name isn’t mentioned, has turned for assistance to the U.S. embassy and senators.   Israeli media acknowledge that the suspects have been tortured in order to extract information about the crime.  I imagine that these appeals are meant to protect their child from such treatment.

The family is engendering sympathy in Israeli media by noting their son suffers from attention deficit disorder and “allergies.”  I feel for him.  But these medical conditions didn’t prevent him from burning three Palestinians to death, did they?

Now it becomes much clearer why Israel was so reluctant to pursue this case; and why it took two petitions to the Supreme Court by Palestinian MKs to get the police and Shabak off their asses.  This is one of the most lurid Jewish terror attacks in years.  To have a U.S. citizen as one of the conspirators is desperately embarrassing for the Israeli government.

Bibi wants to be able to needle Obama endlessly.  He doesn’t want to be in a position where he has to admit that U.S. citizens are murdering Palestinians.  That puts him on the defensive.

Who is this suspect?  We know almost for a certainty that the three suspects whose full names I’ve reported (Amiram Benoliel, Elisha Odess and Hanoch Ganiram) are Israeli citizens.  But we can’t say that regarding the suspect only known as Israel K.  In fact, my source speculates that the reason he was only offered the boy’s first name is that he is a U.S. citizen.  In other words, the Shabak is extremely sensitive when it arrests U.S. citizens in security cases, as it did here in another case in which I broke a gag order and reported his identity.  In honor of the two previous unknown Israeli Jewish prisoners I’ve reported on, I may have to start calling him “Israel X!”

I am trying assiduously to get the full name of the fourth suspect.  It is very important that both Israelis and American Jews understand that the latter play a critical role in the Jewish terror movement.  We support it with hundreds of millions of dollars in tax-deductible contributions, and we send our sons and daughters to the frontlines of the settler war on Palestinians.  They fight in our name, whether we wish it or not.

Therefore, let us name our Jewish killers and let them take the stage for their moment of infamy.  Yisrael Baer Keller, take you bow!  You are now an honored member of the Jewish Jihad, JSIS.

I don’t think Shin Bet, Prime Minister Netanyahu, or anyone else in Israel, cares that a suspect holds dual citizenship.
No one cared, that Jewish terrorist, Jack Teitel, was an American. The Israeli Court threw the book at him.

I wasn’t able to follow Richard’s logic as for why the US citizenship would change a thing or how it is embarrassing for Bibi.

I’ve been pondering your questioning of how this might be embarrassing to Bibi. It could be that, given his frequent call to Diaspora Jews to move to Israel to live safe from “rampant anti-Semitism rising up everywhere in the world “, it seems that some who do follow his advice, after living there for a while turn into the most disgusting racists and – as we see – even murderers of children. Wouldn’t have anything to do with his islamophobic propaganda and his government-sanctioned extremist settlers’ influence, would it? Now, that might be a tad embarrassing.

I wrote a reply to you several days ago, apparently it didn’t post due to my failure to include my name & address (not yet familiar with this site). So let me try again.

You were questioning why the fact that one of the (alleged) Duma arsonists’ US citizenship would be an embarrassment to Bibi, and here’s my thought:
Given Bibi’s frequent call to all Diaspora Jews to move to Israel to escape “the rampant anti-Semitism rising everywhere in the world”, how does it look when some of those who heeded his call turn into disgusting racists, violent bullies and, as we now see, even (alleged!) murderers of children? It wouldn’t have anything to do with his islamophobic propaganda, and his government’s sanctioning of violence by illegal settlers, would it?
Because then yes, it might be a tad embarrassing.

@ italian expat: The reason your comment wasn’t approved was that you didn’t add any username to the comment. For some reason, (& I just discovered this myself for the 1st time), WordPress or my blog theme inserts the name “Anonymous” whenever someone omits a username. When I saw “Anonymous” as the username, I didn’t approve it. But now I see why it got that name. I added your username & approved the old comment. My apologies.

Please, everyone who comments here, do not forget to include a username with ALL your comments.

No apology necessary, Richard. I was the one confused, thinking that just hitting ‘reply’ my ID would come up automatically (it works that way when commenting in the NYT or The Guardian).
I’ve got it now. Thanks.

@ Babar: Ridiculous. Then why have Israeli security services put a gag on IDing any American citizens who’ve engaged in anti-Palestinian terror? This isn’t the first time that has happened btw. As for throwing the book at Teitel, hardly. It took years to prosecute & convict him. He walked around free for years murdering Palestinians & attempting to do the same to Jews.

“Then why have Israeli security services put a gag on IDing any American citizens who’ve engaged in anti-Palestinian terror?”

@ Barbar: Israel MUST report the arrest of foreign nationals to the local embassy or consulate. If they don’t they’re violating international protocols. So the U.S. knows when this happens. If they don’t, then I’ve told them as well.

First, I refuse to allow my attention to be moved from Global wqarming/Climate Change by any mass shooting. distractions, all.

Well, with a multi-victim attack in the news in the USA, with Arab or Muslim perps, and “terrorism” (whatever that may mean from day to day, from speaker to speaker) suspected, Israel may not want any attention to a possibly “terrorist” (make those pesky Arabs leave Israel!) Jewish multi-victim deadly assault with an American Jewish perp — because it might threaten AIPAC’s sacred mission over here.

BTW, was the an Bernardino attack “terrorism”? OK, they know it was murder, attempted murder, assault, battery, and like that, and that it made a lot of people fearful, but whether it was “terrorism” depends on someone’s definition of “terrorism”. I believe that the US Criminal Code has many definitions of “terrorism” and that at least one of them does not require that the action by done by a non-state actor. Most if not all definitions require an intent to persuade the populace (through fear, natch) to do or not do something, to hold or change a political opinion. Merely killing a lot of people without an intent to change their politics seems tio me merely insane-crime (as perhaps much crime is).

My suspicion is that multiple “criminal law” definitions of “terrorism” allow prosecutors wide choice, and the same multiple definitions allow pundits and news-media folks to shout “terrorism” whenever they are so moved (and not otherwise).

Parenthetically, I recall being rather surprised to read that possession or use of WMD (Saddam Hussein was alleged to possess WMD and such possession endangered the USA! and that was a reason for the USA to start a $1T war, remember?) was alleged as part of the crime of the Boston Marathon Bomber case — a bomb full of nails, or some such, qualified as a WMD. Legal definitions and the blather of news-media are unreliable as a teset of anyone’s seriousness.

But, sputter, haven’t there been an awful lot of Arab or Muslim “terrorist” attacks in the USA?

A web site which records how many multi-victim crimes happen in the USA in 2015 shows 383 so far in USA (in which 4 or more victims were killed or wounded) of which only 2 appear (from perp’s names) to have been done by Arabs or Muslims.

Doesn’t look like a Muslim problem at all, does it? It’s a violence problem and a guns-availability problem.

@ Anonymous: I am announcing publicly that I will not publish any more comments from readers who call themselves “Anonymous.” You included. Choose another name that is distinguishable from others or you don’t publish here again. Capiche?

Further, when you’ve commented here as long as Pabelmont, then perhaps I’ll let you tell someone to “shut up.” Until then, you’ll be shut up. You are moderated in case you decide to behave rudely to any other commenters here.

Great news, Richard, and congratulations to you for doggedly pursuing this story as it developed – or didn’t, until now. Not surprised one of the (alleged) culprits is American, it’s been reported that at least 60,000 US
Jews are living in the illegal settlements, and I believe they are among the most extremist and religiously fanatics of all. Unlike other settlers who may have moved to Israel in search of a better life, American Jews are not forced to emigrate due to war, famine or persecution. They feel inspired by some misguided divine command to contribute an additional Jewish presence in the dream/scheme of a Greater Israel. Also known, in common language, as establishing more ‘facts on the ground’.
Looking forward to further reports on this case, it was/is a heartbreaking story, and it’s been eating at me from the very beginning.
Thank you.

BTW – The pic “Keller’s Facebook profile features settlers as pirates with skull and crossed swords” – is clearly showing a palestinian couple of protesters with their very VERY offensive flag that displays JEWS as pirates or demons.
also, The boy is a suspect in this point and not yet officialy acuused or sentenced.

@ david: You’re out of your mind. Settlers wear bandanas to hide their identities whenever they engage in violence or do not wished to be IDed by security forces. I’ve never ever seen Palestinians feature images of settlers as pirates. You’re a settler/murder apologist & should be ashamed.

How do you know he participated in this crime? Has he been tried and convicted? Or are you judge and jury, with knowledge of secret info that no one else has? The fact that the shabak is holding him means nothing. Wait and see.

@ David Wilder: Well if it isn’t the chief press officer for the Judean state of Hebron. Are you doing a big of slumming among the left demimonde?? Before I respond to any questions from you I want to hear you denounce the murder of the Dawabshe family in unequivocal terms. When you do that I’ll waste some time answering your questions.

Why do you think this boy is a US citizen? The US citizen is almost certainly Elisha Odess.