The BIden administration can walk and chew gum at the same time.  But in the case of Benny Gantz, that’s not such a good thing.

Over the past year, the Israeli defense ministry led by Gantz, a former IDF Gen. and accused war criminal, declared six Palestinian human rights NGOs to be “terror groups” in cahoots with the Popular Front for the Liberation of Palestine.  This political party is also designated a terrorist entity by Israel.  Earlier this month, Gantz sicced his IDF stormtroopers on the offices of the six groups, trashed them, and welded the doors shut.  It declared the groups illegal and demanded they cease operations immediately.  Two of the directors of these groups were summoned by the Shin Bet for “interrogation.” While Gantz mangled the human rights of its captive Palestinian people, the world stood by and expressed “concern” (shh, not too loud, someone might hear) at the Israeli assault on rights and the rule of law.  State Department spokesperson, Ned Price, asked Israel for information concerning the raid.  Expressing any stronger language seemed beyond his capacity. 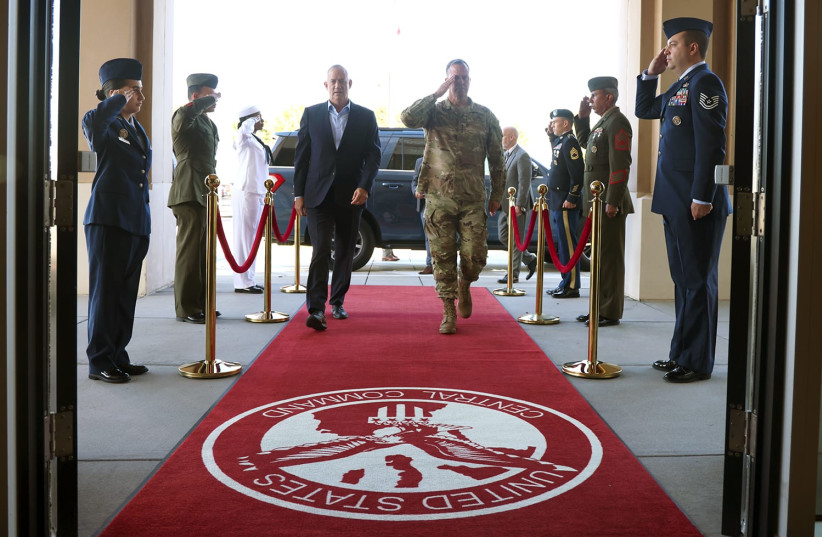 To prove it could multi-task with an accused mass murderer, it invited Gantz to the US this week for talks with the commanding general of CENTCOM and a DC meeting with national security advisor, Jake Sullivan. None of his American interlocutors whispered a word about the recent ‘unpleasantness’ back in Ramallah.  Why? Because the US has bigger fish to fry than a few human rights groups.

It is on the cusp of finalizing a renewed JCPOA nuclear deal with Iran.  Israel is very, very unhappy with this outcome.  For the past two decades or more, Israel has transformed Iran from a former ally under the Shah, to an arch enemy under its successors, the Iranian clerical regime.  Former PM BIbi Netanyahu made Iran his whipping boy, helping ensure his two decades of rule.

After a center-right anti-Netanyahu coalition toppled him, both Netanyahu’s Likud and the new center-right government vied for who could outdo the other in demonizing Iran and killing as many of its nuclear scientists and IRG commanders as possible.  For this reason, Gantz and his boss, PM Yair Lapid, must continue the unbridled attacks on JCPOA.

This explains Gantz’s trip to Washington.  Biden desperately wants to silence the static from Israel.  He knows that Republicans will denounce the deal once it is finallized.  He doesn’t want this to become a cudgel with which they, in concert with the Israelis, can beat him in the upcoming midterm elections. 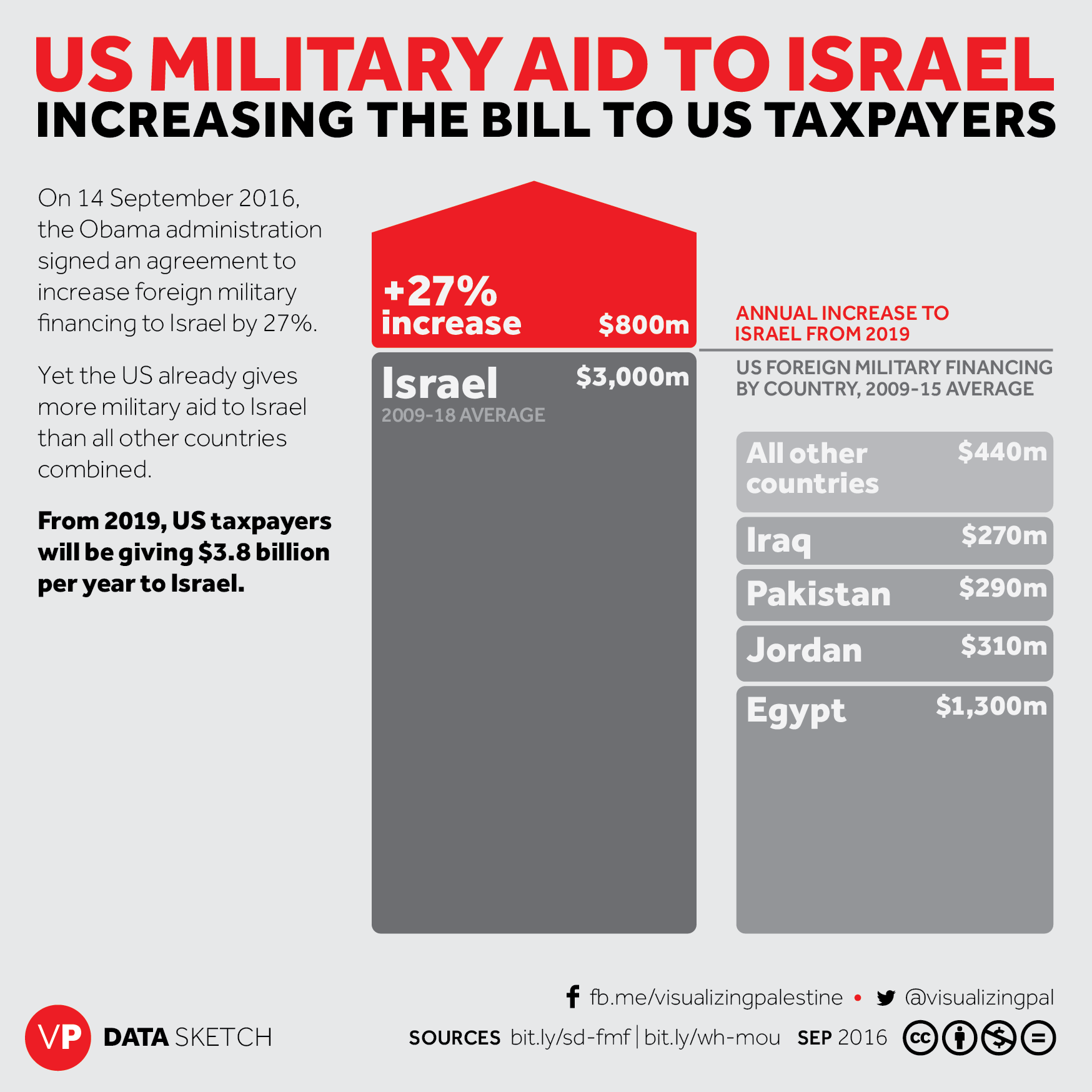 That’s why the statements from anonymous US officials about the contents of the proposed deal focus exclusively on what Iran will give up under it.  They deliberately refuse to say what the US will give up for the Iranians. Hardly a mention of lifting sanctions.

Other reports lay out the obligations and benefits conferred on both sides. There were a few whispers about the US accepting a financial penalty (one source I read suggested the figure could be $2-billion) should a future US government withdraw from it, as Trump did in 2018.

Biden remembers the alliance Bibi formed with the GOP in a vain attempt to stop the first JCPOA signed by Obama in 2015.  Not even the then-president’s blandishment of a ten-year $30-billion aid package quelled the prime minister’s loathing.  If he can, Biden wants to avoid the same unwanted drama. There appears to be less animus toward the Democrat president this time around than there was between Bibi and Obama.  So this approach may bear fruit.

The current Israeli government too faces elections in November.  This has locked it into this strident anti-JCPOA position.  It cannot afford to be out-hawked by the Opposition Likud. Gantz, in fact. recently made the sweeping, bellicose claim that Israel would hit Iranian assets anywhere in the world:

“…Our eyes and targets focus on anyone who threatens the security of our citizens, from Khan Younis to Tehran,” Gantz said.

“On the strategic level, Israel will continue to work with our partners in facing Iranian aggression, which harms security and stability everywhere, from the Israel-Gaza border, to the Mediterranean Sea, to the Gulf and beyond,” he said.

Such election posturing also explains Mossad chief, David Barnea’s overheated claim that JCPOA is a “lie” and “strategic disaster.”  Though he is an intelligence official, he knows what is expected of him by his political bosses, and he produces.  He may, however, have gone off script, coming perilously close to directly attacking the US for pursuing the deal.  PM Lapid gave Barnea a dressing down for using language that roiled relations between Tel Aviv and Washington. This indicates that while it opposes the deal, Israel’s current government is treading carefully in the expectation that a deal will happen, regardless of what it wants.

Nevertheless, with an election looming, both the governing coalition and Opposition refuse to be one-upped by each other. Tough guys never lose in Israeli politics. The tougher the better.  A killer instinct is a definite plus. And when it comes to Iran, Israeli politicians are nothing but killers.

There is another purpose for Gantz’s visit. He undoubtedly has in his pocket a laundry list of goodies he’ll demand in return for Israel not throwing a spanner into the works. Like Obama’s $30-billion aid offer, Biden will offer something similar.   Israel, if anything, knows how to work the system to its own advantage. If it knows it will lose on a tactical issue, it demands a handsome quid pro quo. In this case, the quid will be billions in new weapons systems Israel will use to attack its enemies and its captive Palestinian population.

It is shameful that the Biden administration rolls out the red carpet for an Israeli official accused of war crimes in Operation Protective Edge in 2014.  Equally shameful that after the world denounced his reckless assault on Palestinian civil society, he is welcomed to the West Wing. Clearly, when there is a conflict between human rights and national security, Biden chooses the latter.  That’s why he traveled to Saudi Arabia and fist-bumped Crown Prince (and murderer) Mohammed bin Salman in order to lobby his country to increase oil production and bring down the price of gas at US pumps (the effort failed).  When questioned whether he acknowledged the bad visuals of embracing a royal killer, Biden boasted of his human rights bona fides.  The stench of hypocrisy is suffocating.

Imagine for a moment that US troops or FBI agents swarmed through the offices of the ACLU, stealing equipment and documents, then welding the office doors shut, warning it must cease operations because it has been designated a terrorist organization.  Even in our worst nightmares can we imagine such a thing?  In Israel, not only can they, they know who is responsible for this atrocity: the guy currently welcomed to the White House.

The evidence against these organizations exists, but it is rather flimsy.

However much you may loathe NGO Monitor, that group has shown that individual members of these now banned Palestinian Human Rights groups, have had personal affiliations with the PFLP.

Photographs of these now banned activists sitting on a dais under a PFLP banner sipping tea is not proof that the organizations that employed them were tooth and jowl with PFLP.

And lest we forget, PFLP is a terrorist organization.

@braintree: Not only do I “loathe” that POS lying sham. Nothing it says is accurate, credible or truthful. I have not only followed it closel;y (including the libel suits it lost againt those Palestinian NGOs it reported on) but I’ve closely read their claims about these particular NGOs. Not only are their claims about the groups mendacious, their claims about the individuals are as well. They offer pure hearsay or invented affiliations which fall apart once you spend even a minute researching their sources. Don’t ever link here to the POS group (I won’t even mention it’s name) and don’t reference any claims they make. Even mentioning their name in the comment threads make me feel dirty.

I don’t credit anything including photographs if it is the source.

PFLP has nothing NOTHING to do with these groups. Do you even begin to think that a Palestinian NGO under intense surveillance by Israel secret police would permit even a remote affiliation with PFLP?? You may be credulous enough to believe that. But no reasonable person would. So just give it a rest.

No further comments in this thread.

@Richard:
The way I understand this article, by its title, is the pat on the back Gantz has received from your people. Granted that Useful Idiot Ganz probably banned the NGO’s without justification. However the issue here is not him. Rather than whining about him, you should write to your congressman – as they say in America.

@ Eli Gal: No, the issue is certainly him. He is the war criminal who must be held accountable for his crimes while commanding the IDF and now in committing pogroms against NGOs. As for welcoming him to the White House, this is one of the many items on the list for progressives that make Biden a washout. As for Congress, that avenue is hopeless except for the few progressive serving there (my Representative Pramila Jayapal is one of them).