Israeli media report an unprecedented development in the Syrian prisoner exchange negotiated by Russia and announced yesterday.  In that development, an young Israeli woman from an ultra-Orthodox family who rebelled against her upbringing, learned Arabic, and deliberately crossed the frontier into Syria in the Golan.  Local villagers she met reported her to authorities, who detained her in recent weeks. Israel returned to Syria two shepherds who had crossed into Israel-controlled territory. 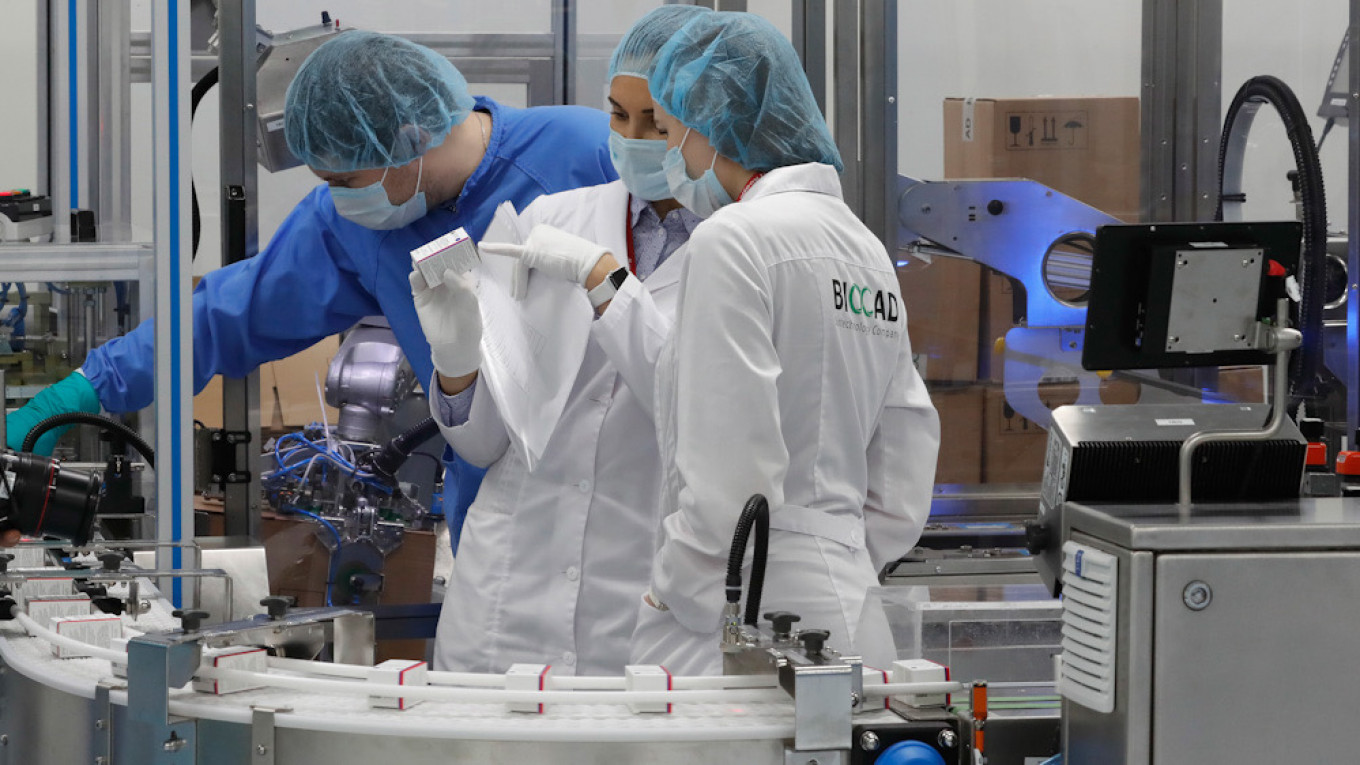 But such a mundane exchange did not explain why the Israeli security cabinet had to meet beforehand to ratify the agreement.  Today, a well-informed Israeli source has revealed the full extent of the negotiation.  Russia, in order to sweeten the deal, proposed that Israel pay millions for several million doses of the former’s SPUTNIK COVID vaccine to be administered to millions of Syrians.  Israel agreed (hence the cabinet signoff).  But both Bibi Netanyahu and Benny Gantz do not want Israelis to know that they are offering such resources to Syria, especially because they are in the midst of the election campaign. The source conveyed the following:

“Bibi and Gantz, knowing the possible electoral damage to both of them, ordered the military censorship to prevent publishing that Israel agreed to finance purchasing Russian “Sputnik V” vaccine doses for millions of Syrian citizens. The exact total price was not disclosed to the cabinet, but it’s millions of dollars.”

Israeli voters do not value humanitarian impulses when it comes to frontline states.  They value toughness and ruthlessness. 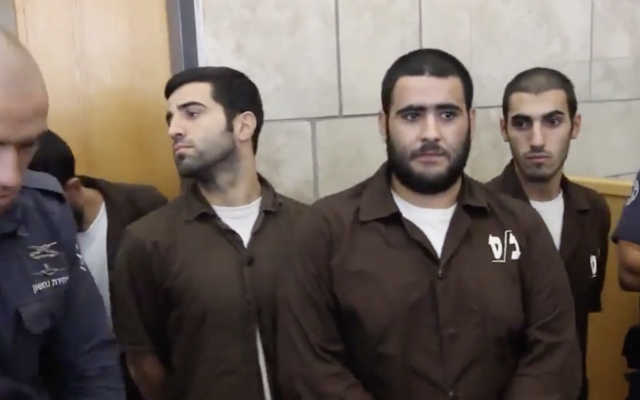 That’s why Netanyahu has refused, despite Israeli occupation of Palestine, to offer any more than token COVID relief to the Palestinian population.  Even these few thousands doses do not come from Israeli stocks, but from vaccine purchased by Palestinians which must enter their territory through Israeli transit points. Despite even this gesture offering a tiny amount of compassion, hardline Israeli politicians demanded that the government condition delivery of the vaccine on Hamas releasing the bodies of Israeli soldiers who died during Operation Protective Edge in 2014.

Despite the refusal to uphold its international obligations to provide health care to Palestinians under occupation, Israel is giving African refugees and Palestinians with Israel work permits such doses.  Nor is there anything noble in this impulse.  They are doing so because they could infect Israeli citizens.

Nor is there anything noble in this deal. Netanyahu and Putin are entirely transactional in their approach.  They have no values and barely any ideology. Their relationship is entirely based on how they can benefit each other.  Bibi’s in an election campaign and needs as many rabbits as he can pull out of his hat.  Putin comes out of this smelling like a rose because he freed hostages and also did a great deal to promote his country’s COVID vaccine. It’s a sweet deal all the way around.

But Israel wanted to conceal the COVID part of the deal because it also benefits Syria. So Netanyahu and Gantz have directed the military censor to prohibit publication by Israeli media of the details.  That’s why Mako’s headline read: “The Syrian deal included an additional Israeli exchange which has never before been seen.”  I am publishing this news here for the first time.

A further irony of the COVID deal is that Israel is essentially offering a spectacular deal to Syria’s dictator, Bashar al Assad.  He is a figure Israel has sought to undermine for over a decade through military alliances with the anti-regime Islamist al-Nusra militia, and hundreds of air attacks on Syrian and Iranian bases inside the country.  Now, in effect, Israel is offering Assad the gift of millions of vaccine doses which he can use to curry favor with the populace and bolster his own regime.  Ain’t that a kick.

The Israeli deal with Russian and Syria exposes the former’s willingness to use the suffering of a pandemic to advance it’s own geo-strategic interests; and its refusal of any other humanitarian or even legal obligation to assist a captive population which it occupies under international law.  For this reason, it’s important to distinguish Israel from other western democracies to which it likes to be compared.  Of course, all states pursue their own interests, that is natural.  But few states that aren’t dictatorships pursue their interests as ruthlessly and as conscience-free as Israel.

DONATE: If you value this exclusive report which violates Israeli military censorship and can be read nowhere else, please give a donation to support the research and journalism at Tikun Olam.  Click on the Paypal (not tax-deductible) or Network for Good (tax deductible) buttons in the right sidebar.

I give your ‘source’ little credence, after his he peddled the libel that Israel bombed Port Beirut last August.

But assuming that you have another ‘source’ entirely, we can speculate that Bibi is buying Sputnik vaccines in order to bribe Assad to curtail Iranian influence in Syria.

Ask your ‘source’ whether I’m right.

@ Sepp: why would you think I have only one source? As for doubting this source, you might want to know that both Kan and Galey Tzahal have covered my story and reported that the deal was done as my source described. So doubt the source at your peril.

More pieces of the puzzle do fit. As was the case in 2012, the Middle East narrowly escaped an attack on Iran.

The Capitol Riot failed president Trump in blocking US Congress accepting the Electoral College votes. Its failure may have prevented an attack on Iran also. Pelosi alert about the nuclear football wasn’t without reason. The Republican party has become treacherous to America, the Constitution and Democracy.

@ Oui
Sorry, but it’s really tiresome that you use Richard’s blog to promote your own articles, especially when they have no relation whatsoever with the topic of the article that you comment.

I strongly prefer links in comments to refer specifically to the subject of the post itself and the comment itself.

What’s that got to do with anything ?

If true, I say for once US tax dollars given to Israel ( which has NO need for them) will do some humanitarian good for the people who suffer under the dictatorship of Assad. That too is ironic.

Assad was voted in by the Syrian people, very many of whom have a great deal of love for him.

@ TIgger: What nonsense. By the same token you could say Hitler was “voted in” by the German people, very many of whom had a great deal of love for him. So what? Does that justify being a mass murderer?

‘Mass-murderer’? You’re confusing him with Daesh.

I was in Syria during the first year of the still ongoing war. It was my fourth visit to the country and as well as travelling around the country in general I spent a couple of weeks in Damascus.
Everything I’d been told before going, by ‘seasoned travellers’ no less, proved to be absolute rubbish. I mixed with Syrians – locals in both Aleppo and Damascus in particular – and used my eyes and ears. Since then I’ve also followed up other travellers’ stories (and photographs).

Not only that, I’ve been in online conversation with a serving IDF member who for some odd reason believed I would support what he told me – about the IDF’s regular incursions into southern Syria, All is NOT what you read in your local press.

Last edited 1 year ago by Tigger
0

@ Tigger: You are a promoter of genocide. This is unacceptable in my comment threads. You will not participate further in this thread.

The mass slaughter of hundreds of thousands of Syrians is documented by independent experts. Of course both sides have committed these atrocities. But as the leader of the regime he is ultimately responsible for those committed by his forces.

These are confirmed facts. Your anecdotes unsupported by proof of their authenticity mean absolutely nothing.

If you also reject confirmed reports of Israeli intervention directly into Syria including ground operations by IDF commandos then you are a liar and a fool.

Again a warning: do not post further in this thread.

In exchange for captive, Israel said to buy $1m of Russian COVID doses for Syria | Times of Israel |

Quote: “Israeli voters do not value humanitarian impulses when it comes to frontline states. They value toughness and ruthlessness.”

@ Benzion: Why should Lebanese have any humanitarian impulses toward Israel, which invaded it twice in this century, killing thousands of civilians; and also occupied its territory for 20 yrs? And given Israel’s long-term attempts to sabotage Assad and cause the country to splinter into cantons, why would Syrian harbor any such impulses toward Israel?