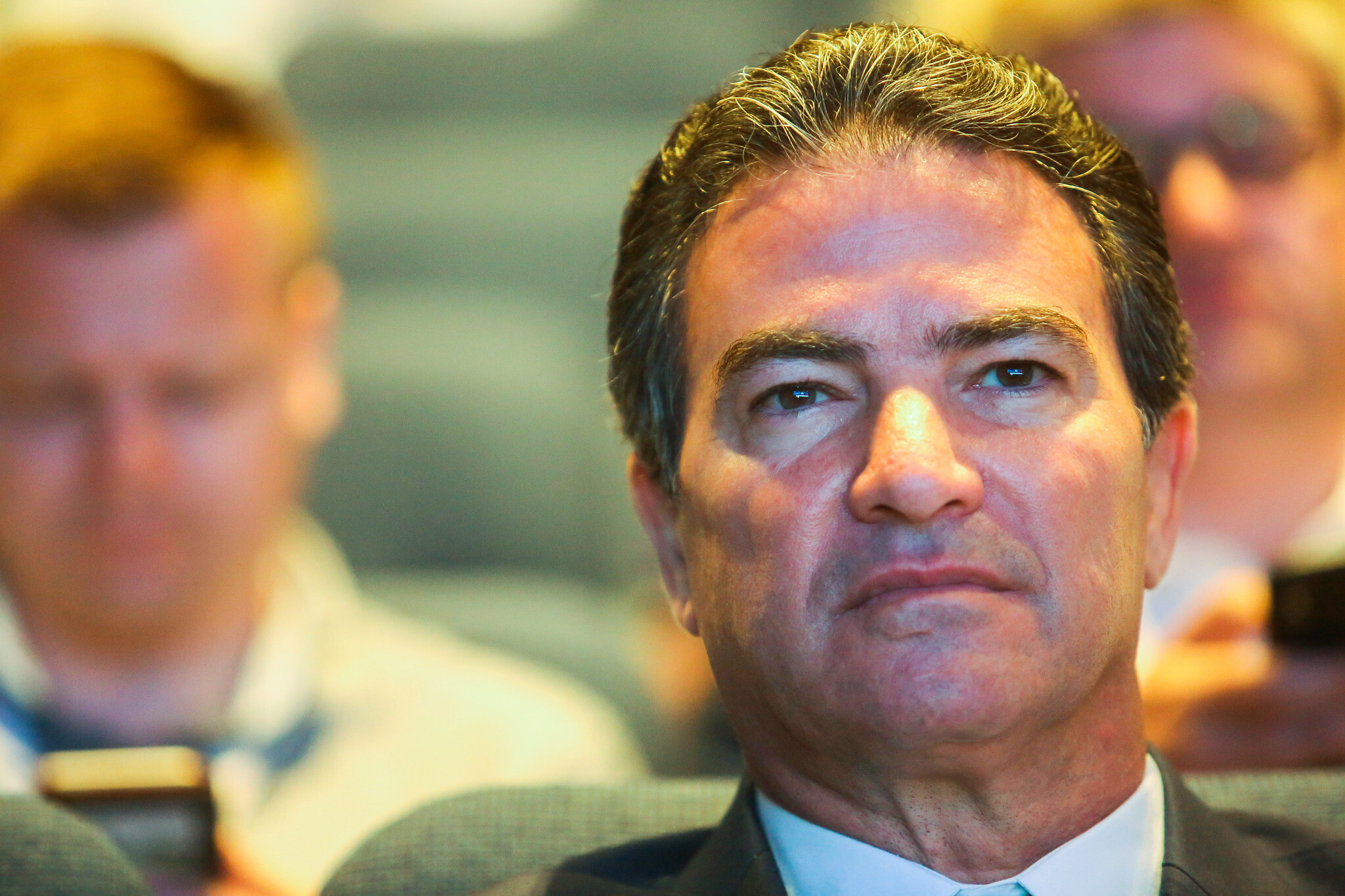 Is Mossad leaking stories to deflect blame when its role in the Beirut disaster is exposed?

The German right-wing news site, Die Welt, published a report based on a “Western intelligence source” claiming that Iran sold Hezbollah several hundred tons of ammonium nitrate in 2013. The report explicitly says that there is no known connection between this shipment and the nearly 3,000 tons of ammonium nitrate that blew up in the Beirut port destroying half the city.

If so, what is the point? Why leak this claim and why publish it? And who would leak such information? The answer is Israel: if Israel attacked a Hezbollah arms depot and (inadvertently) initiated the subsequent ammonium nitrate explosion, then it fears its role will be exposed eventually (as it has here). Anticipating this, the Mossad (the agency whose fingerprints appear to be all over this disastrous sabotage operation) needs to spin a narrative that will both distract blame and pin it elsewhere. What better way to do this than to blame Hezbollah and Iran for the disaster?

The other benefit of this story is that it associates in peoples’ mind ammonium nitrate, Iran and Hezbollah. This would be useful at a later date should Israel need to deflect blame from itself.

What is ludicrous about this effort is that even the source that leaked this story explicitly says the Iranian shipment had nothing to do with the Beirut explosion.

Specious claims divert attention from the real instigator of the Beirut catastrophe?

Israeli sources appear also to be laying the groundwork for justifying the attack on the Hezbollah weapons facility via this story reported by Israeli TV news:

A Channel 13 report…claimed Hezbollah planned to use the ammonium nitrate stockpile that caused the blast at Beirut’s port against Israel in a “Third Lebanon War.” It did not cite sources.

A Western security expert also told Die Welt Hezbollah may have sought ammonium nitrate for attacks against Israel, noting that the organization was working at the time on digging numerous attack tunnels into Israel, and positing it planned to employ the explosives for attacks using those tunnels.

As a Twitter user tweeted commenting on this post: what better way to prevent a “third Lebanon war” than destroying half of Beirut!

An Israeli TV news report claiming Hezbollah intends to start a war with Israel, which offers no source, is about the most worthless “journalism” you can imagine. Clearly, this comes from a source very much like the one which leaked to Die Welt.  The fact that any reputable Israeli media outlet would report such nonsense indicates how bad much Israeli journalism is.

So we’re left with entirely anonymous (in the case of Channel 13) or thinly-veiled sources (Die Welt), likely Israeli, who seek to divert attention from the mayhem Israel caused in Lebanon by claiming it wasn’t Israel which did anything wrong.  It was Hezbollah that made Israel do it. If they weren’t planning to attack us we wouldn’t have done what we did (i.e. destroy half of Beirut).

I can’t think of a more patently brazen manipulation that this.  Blame the victim.  It’s akin to the classic rapist and abuser claim: it wasn’t my fault, it was hers. If it wasn’t for Hezbollah Israel would be able to be the nice friendly neighbor it’s always wanted to be to Lebanon.

‘If it wasn’t for Hezbollah Israel would be able to be the nice friendly neighbor it’s always wanted to be to Lebanon.’

Well, she’s friendly in the way I can feel friendly towards steak.

Sorry, can’t take the opinion of this senior editor serious.

[comment deleted: you’re rehashing old posts and points. And the points you’re trying to raise are picayune and not worth responding to. Try to offer something substantive and meaty for me to respond to.]

Daniel-Dylan Böhmer has been spoon-fed some bs information. Never read such a dumb series of statements … fits the German right-wing Islamophobia to cause harm to chancellor Merkel for her acceptance of Syrian refugees in 2015. Where are the days of 9/11 Al Qaeda operatives living in Hamburg under the nose of the BND?

“If so, what is the point? Why leak this claim and why publish it?”

Obviously, Israel is leaking the story because Hezbollah denies owning the AN.
Leaking the story, which appears credible, puts Iran and her proxy, Hezbollah, in a bad light.

Assuming, arguendo, that Israel had absolutely nothing to do with the Beirut port explosion, Israel would still leak the story, because leaking the truth serves to harm her two mortal enemies.

Leaking the story, which appears credible, puts Iran and her proxy, Hezbollah, in a bad light.

No it doesn’t. Hezbollah is using every weapon it needs to defend Lebanon from Israeli attack. Israel gets lethal weapons from the U.S. which kill far more people than ammonium nitrate. I don’t hear you complaining about that. That’s because you’re a hypocrite.

A cardinal comment rule: do not ever characterize my views or those of my source. Do not claim what he knows or doesn’t know. Do not claim his information is first, second or third hand. You don’t know what you’re talking about. And you will inevitably be wrong. Saying a source has to have “first hand knowledge” of the information he’s providing is ludicrous. What sort of first hand knowledge would he need? Being a Mossad agent? Being Yossi COhen? Watching video of the explosion inside the Hezbollah warehouse? My source has offered scores, if not hundreds of accurate reports on stories which were under military censorship or judicial gag order. That’s credibility. As for you, you have none.

First-hand knowledge is a red herring argument. You are done in this thread.

Israel ammonium nitrate agricultural use was at level of 69,336 tonnes in 2005, up from 68,684 tonnes previous year, this is a change of 0.95%.
https://knoema.com/atlas/Israel/topics/Agriculture/Fertilizers-Agriculture-Use-in-Nutrients/Ammonium-nitrate-agricultural-use

What if “Israelis” arranged this 2700 ton ammonium nitrate to Beirut using their wellkown Ukrainian and Russian “businessmen” contacts? It would have been only a fragment of Israeli consumption. Israelis knew certainly the dangers of ammonium nitrate as a major producer of this widely used chemical and are experts with it.

Why speculate about Iran and Hizbollah with this common and widely used chemical? The Beirut ammonium nitrate could have been used in Lebanon as a fertiliser or by other Lebanese industries during these several years. Makes no sense to have a storage space full of this common and dangerous chemical for years. The harbour administration could certainly have made money by selling this chemical and then earned with the storage space in normal use during this 6 years. Makes no sense of keeping it in a busy harbour without somebody paying the storage fees.

Israel needs her enemies unfortunately and so does Hezbollah.

It’s always good to have some multi-purpose ammonium nitrate on hand. Stored next to missiles and/or fireworks?

The Lebanese government was catastrophically negligent.

Who Benefits the Most from the Jewish Valentines Day (Tu B’Av) Beirut 2020 Explosion, and the Valentines Day Assassination of Rafic Hariri in 2005 … Israel

[comment deleted: read the comment rules. Comments must be substantive and offer a serious argument. Snark is none of these. Don’t try it.]

@ a.hall: It can be used as fertilizer or an explosive.