One of the most poisonous (and popular) Israeli performers is named HaTzayl (“The Shadow”).  He’s what we would call here in America a rapper.  But unlike African-American rappers, he raps hate.  Not only hate of Palestinians, but hate of his fellow Jews.

The Shadow, a delightful specimen of Israeli humanity

He posted to Facebook, where he publishes much of his learned social commentaries, this cartoon.  It features a hip secular Tel Aviv cosmopolitan (what the Nazis once called a “rootless cosmopolitan,” code-word for “Jew”) sporting an evil smirk and goatee, meeting a soldier who holds a weapon.  Behind the soldier’s back the beatnik holds a knife he’s about to plunge into the soldier’s back.  The civilian has ‘Meretz’ emblazoned on his shirt.

That is the political party calling itself “left Zionist.”  Imagine an anemic version of the Democratic Party espousing a skin deep version of a progressive political platform.  That’s Meretz.  As far as I’m concerned it’s what I call parve politics.  Politics with aspirations but little substance.  And that is what Israeli fascists are calling a threat to the nation.  Imagine what they think of Palestinians…

The “knife in the back” meme has a long history in fascist discourse.  I’m featuring here two anti-Semitic propaganda cartoons, one published in Austria in 1919, which blames the Jews for Germany’s World War I defeat.  This notion was adopted by Adolf Hitler, himself a WWI veteran, and developed into his rabid anti-Semitic ideology which led to the Final Solution.  Later, Nazi Germany exploited the same concept in the third cartoon showing a Jewish arm plunging a dagger into the back of a Wehrmacht soldier.

The Shadow is not an aberration.  He is one of the more popular entertainers in Israel.  He is Israel in some sense.

There is a law against incitement in Israel.  It’s often used against Palestinians who post nothing more incriminating than poetry on Facebook.  It’s almost never used against Israeli Jews who post far more vitriolic garbage on social media.

I predict that in this case, if the police investigate at all, they will not proceed with any charges against The Shadow.  That’s because he has it in the bag.  He is one of Israel’s own.  The police either agree with his views or, even if they don’t, they wouldn’t dare take down such a popular figure.

And that is how fascism begins.  It struts its petty pace upon the stage full of sound and fury, signifying nothing…but hate.  That hate metastasizes into violence, and violence in mass murder.  We’ve seen this movie before in history.  We know how it ends.

Israel is well on the road to its own version of the Final Solution.  It may not end in 6-million dead.  Maybe only 100,000 or a million.  Maybe the 6-million Palestinians in Israel and the Occupied Territories will end up thrown into the sea, as Israel used to accuse it Arab neighbors of planning.  Maybe they’ll end up under a palm tree in the Sinai under Trump’s deal of the century.  That would allow Israelis to argue that they were doing Palestinians a favor when they actually could have exterminated them and chose magnanimously to only ethnically cleanse them.

Israeli settlers want to return to a fantasy past of Davidic monarchy with a rebuilt Third Temple.  They want to exterminate or eliminate non-Jews from their new kingdom.  They want a settler version of the Islamic state.  A theocracy ruled by halacha.  Not a normative version of Jewish law.  But rather a fundamentalist version.

This way lies madness.  And it’s the direction Israel is taking.  Ah yes, I hear you say: it’s all an exaggeration.  Never happen, you say.  That might’ve been what the Tutsi thought when they first began hearing vitriolic Hutu radio broadcasts calling for their extermination in 1994; or what the Bosnians said before Serbian militia slaughtered 8,500 at Srebrenica in 1995; and certainly what many European Jews said in 1935 or 6 or 7.

All I can say is that I have been writing this blog since 2003.  When I began I was a liberal Zionist who believed in the two-state solution.  Those 15 years have wiped out any starry-eyed idealism I had about liberal Zionism; and any faith I had in the Israeli state to join the family of nations as an accepted partner.  In another 15 years or less, we will likely be much farther along the road to disaster.

It will be a disaster not just for the State of Israel, but for all of world Jewry.  I know there are anti-Zionists who believe the only place for Jews is the Diaspora; and that Israel is a poison in the Jewish body politic.  But if Israel goes full-fascist and self-destructs it will also hurt all of us.

I’m not saying the Jewish people will also follow suit.  We will survive the maelström just as Rabbi Yochanan Ben Zakkai survived the Roman destruction of Jerusalem and built his academy in Yavneh. It eventually led Jewish practice away from a Temple-centric model to a decentralized rabbinic-synagogue model, which prevailed for centuries in the Diaspora.  Similarly, world Jewry could survive the collapse of Israel should that happen.  But the aftermath will be painful and the suffering great.

“When I began I was a liberal Zionist who believed in the two-state solution. Those 15 years have wiped out any starry-eyed idealism I had about liberal Zionism; …”

Out of curiosity, what do you classify yourself now as, having lost your “starry-eyed” idealism after 15 years?

very good article. I intend to reblog it at some stage (with acknowledgements of course!)

Out of curiosity, what do you classify yourself now

I don’t generally. Labels can be very restrictive. They allow people to put you in a box and discount your overall views. I will sometimes say I’m a progressive, or critical Zionist. I’m also perfectly happy with Jeremiah Haber’s “Magnes Zionist” as a label. That means one must make a distinction between the current mainstream versions of Zionism which are racist, intolerant and Arabophobic.

BTW, I probably should’ve written “naive idealism” rather that “starry-eyed idealism.” I believe in idealism. Just not idealism that doesn’t incorporate all of reality, including the warts, which is the problem with liberal Zionism

The hasbara brigade here will note that I often use labels to define others, especially those on the alt-Right or Israeli ultra nationalist right. In those cases, it’s quite clear what they are, what they believe. Often they embrace the labels. So I have no problem where someone’s ideology is both clear and well-known.

Richard.. A very brave and honest article. I have never been a Zionist but was always proud of being a Jew. I was proud because we were always on the side of the poor and the benighted. Today I look around and most American Jews are still “social liberals” but when it comes to Israel and US foreign policy they are on the side of war and hate mongers. I now consider myself a a member of the the human race not of any religion. My aunt and two young nephews were murdered in Auschwitz and my uncle was a slave laborer for the Wehrmacht.
Traveling on that road to war will lead to no good end for the Jews as we are beginning to see in this country. It is time for American Jews to see democracy as the the real home of the Jews .

Leading rapper? Not really.
Yes he has some fans but he should hire you for PR with this headline.

@ Lior Azar: Perhaps today he is more known for his political firebombs. But in the 90s when he partnered with Subliminal they were extremely popular. And if you think what I wrote about him features him in a flattering light, you should have your head examined.

This was refreshingly honest. Netanyahu delivered a speech today about the Jabotinsky 78th anniversary coming up and urged reading into his writings. The makhteret are now in the Knesset. They used to be in jails. This is now Netanyahu’s Israel. His allies have intricate schematics of the Temple Mount and they have plans to blow it to smithereens, which I’m sure will be blamed on anyone but the obvious.

Even worse? I’m pretty sure they think of Netanyahu as too far to the left as well somehow.

Even worse? Every time I go to a Jerusalem Post, YNET, TOI, “Stand With Israel” type social media page, or even Ha’aretz, there are commentators who sound straight like they’re Evangelical Christians with even more extreme views about Israel than any Jewish voice I’ve ever heard (outside of the aforementioned) or Trump supporters who like to call me a “Muzzrat” when I post a slightly leftist sounding comment.

Do your readers know there are many leftists in Israel, but just marginalized at this point? One can throw a pebble and hit someone who will tell you that they consider all universally human and wish to live in peace while acknowledging the occupation’s ills, but also being fearful of the other side. I also thought there was proof that the Palestinians were Jewish once, but I may be mistaken.

He is one of the more popular entertainers in Israel. He is Israel in some sense.

Then maybe you should retract this statement. He is just another guy with his glory days behind him and some fans.
HE IS NOT ISRAEL!

There is more to backstabbers, than Nazi propagandists and ‘has been’ Israeli rappers. 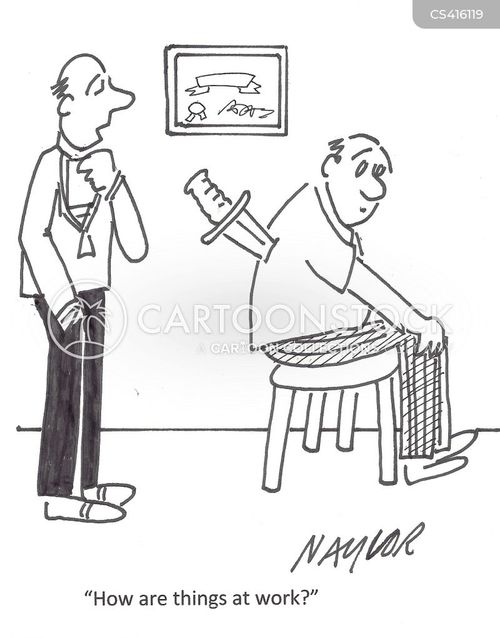 @ Peg: What an insipid, stupid comment. Please don’t post comments that make me feel they’re killing my brain cells. I’ve wasted the ten seconds it took me to click on those links and I’ll never get them back again!

I have appropriately trivialized your claims.

@ Peg: You didn’t “trivialize” anything I wrote, though your own views are indeed trivial. I added several paragraphs to make clear & stronger the parallels between the four countries. You can’t trivilaize something when you haven’t even offered a coherent counter-argument.

I’m going to call off this nonsensical debate. You are done in this thread.

But unlike African-American rappers, he raps hate
Stopped reading here