Israel’s security forces are ratcheting up tension between Turkey and Israel with a new round of arrests of Turkish nationals in Israel.  Last month, three Turks were arrested and, after the action aroused protests in Turkey, deported from Israel.

Two weeks ago, the Shabak arrested a Turkish professor, Cemil Tekeli, from Medeniyet University.  He was arrested at Tel Aviv’s Ben Gurion Airport before boarding a flight to Istanbul.  At a protest in Turkey, his family and supporters say that his interrogators have charged him with ‘plotting a terror attack.’  This story has been banned from the Israeli media under a judicial gag order sought by the Shabak.  If you are Israeli, this is your only way to find out why this story remains unreported there.

Personally, the closest I’ve ever seen to a professor inciting revolution is Angela Davis’ gunfight at a California prison in the 1960s.  And she wasn’t even a professor.  This Turkish professor doesn’t seem like the type to pack a pistol.  And how does a professor plan a terror attack as he’s leaving the country?  Did he plant to bombs somewhere in Israel and then make a Great Escape?  Or is he planning a terror attack in Turkey that required him to seek advice in Israel?

He has had his detention extended (unlike the original Turkish detainees who were almost immediately deported).  In other words, he’s being treated like a typical Palestinian security detainee.  During his detention he can expect to be harshly interrogated.  It’s not clear whether he’s been permitted to see his lawyer.  But typically, Israeli abuse involves refusal to permit contact with legal counsel.  This allows interrogators maximum leverage over their victim.

Today, a second Turk was nabbed: Ibrahİm Furkan Özdemir.  He is the director of the Turkish Cultural Center in Jerusalem.  The Center is sponsored by the state-funded Yunus Emre Institute.  He was released after an hour of police questioning.  Presumably, they wanted to warn him before he begins his Million Muslim March on the Haram al Sharif to redeem the sacred site from the infidel Jew!

The Israeli news site, Mako, published a highly incendiary account of the arrest claiming that Turkey is inciting Palestinian revolt while the State (of Israel) stands by and does virtually nothing.

Clearly, Israel and Turkey are still playing a game of chicken, despite the fact that last year Israel apologized for the Mavi Marmara massacre and paid a $20-million settlement to the victims’ families.  Israel doesn’t like uppity Arabs or Muslims and Erdogan is certainly someone who isn’t going to be a good boy and do what Israel wants.  So Israel plays this little game of arresting Turks to let Erdogan know that it can bite back.  It would all be just rather pathetic if Israel wouldn’t be sitting on a powder keg of Muslim anger and resentment capable of blowing the region sky-high.

Angela Davis was tried & acquitted of complicity with the Marin County courthouse shootout https://en.wikipedia.org/wiki/Marin_County_courthouse_incident. The guns used in the attempted kidnapping were owned by Davis.

@strangefriend: Thanks for that historical update.

He smuggled money to Hamas
https://www.haaretz.co.il/news/politics/.premium-1.5810953

Turkish academic was a shadow warrior for Erdogan and Islam.
https://jonathanspyer.com/2018/04/13/erdogans-shadow-army/#comment-14383

“This is the Middle East, and things aren’t always what they seem. I counsel patience. The truth will out.”–Frank

@Frank: Spyer is a “fellow” at Middle East Forum. Daniel Pipes’ Islasmophonia non think tank. Spare me the bullshit Frank. And use credible sources when you wish to make claims. A guy with a blog isn’t credible. What are his sources? Unless they’re credible he’s peddling bullshit as are you. You’re no different than the Russian troll outfit. We’ll call you the Israeli Internet Research Agency. Onus on you to prove otherwise.

Photo of Tekeli and his buddy, Adnan Tanrıverdi. 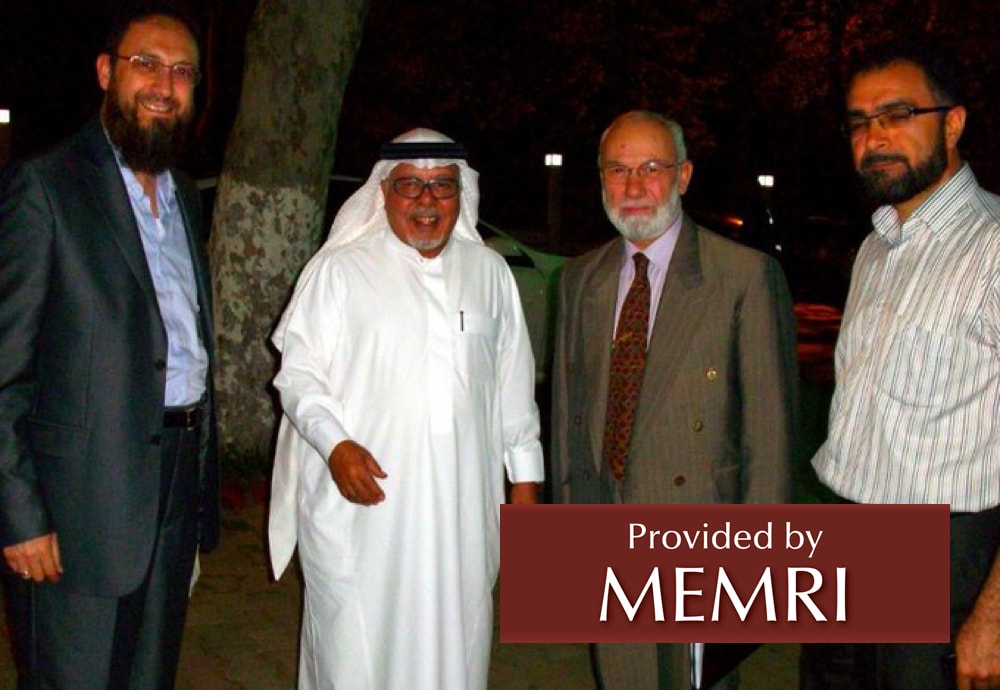 “A guy with a blog isn’t credible”

Notwithstanding his fellowships, Spyer has three published books and is a seasoned field reporter who has embedded in Syria and Ira. His news articles have been published by The Wall Street Journal, The Times, The Guardian, Jerusalem Post, etc.

Unless someone has gone through a lot of effort to photoshop pictures of a college professor, you’d have to agree that a picture tells a thousand words.

@ Frank: And now you offer MEMRI as a credible source. Frank, what do you take us for? Fools? Don’t answer that question. We aren’t. You are.

You are done in this thread.

If you like what you're reading, please subscribe to Tikun Olam. Build a movement for justice and peace in Israel-Palestine...person-by-person.  Even more important, support the groundbreaking reporting you won't find anywhere else by donating to support this site. And spread the word!