CORRECTION/APOLOGY: Thanks to a number of Israeli readers who pointed out that the previous identification of the suspect in this case was in error. My profound apology to the individual who was wrongly identified. A number of independent sources have confirmed the name of the actual suspect who I’ve named below. 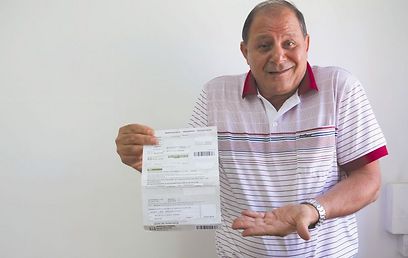 I’ve reported many Israeli sex scandals from judges to journalist, to rabbis, to presidents. But I never thought I’d report a sex scandal within two prominent Israeli institutions. The first is the Histadrut, where the suspect worked. And a lesser participant is the Israeli left-Zionist Party Meretz, of which the suspect is a member and mid-level official. 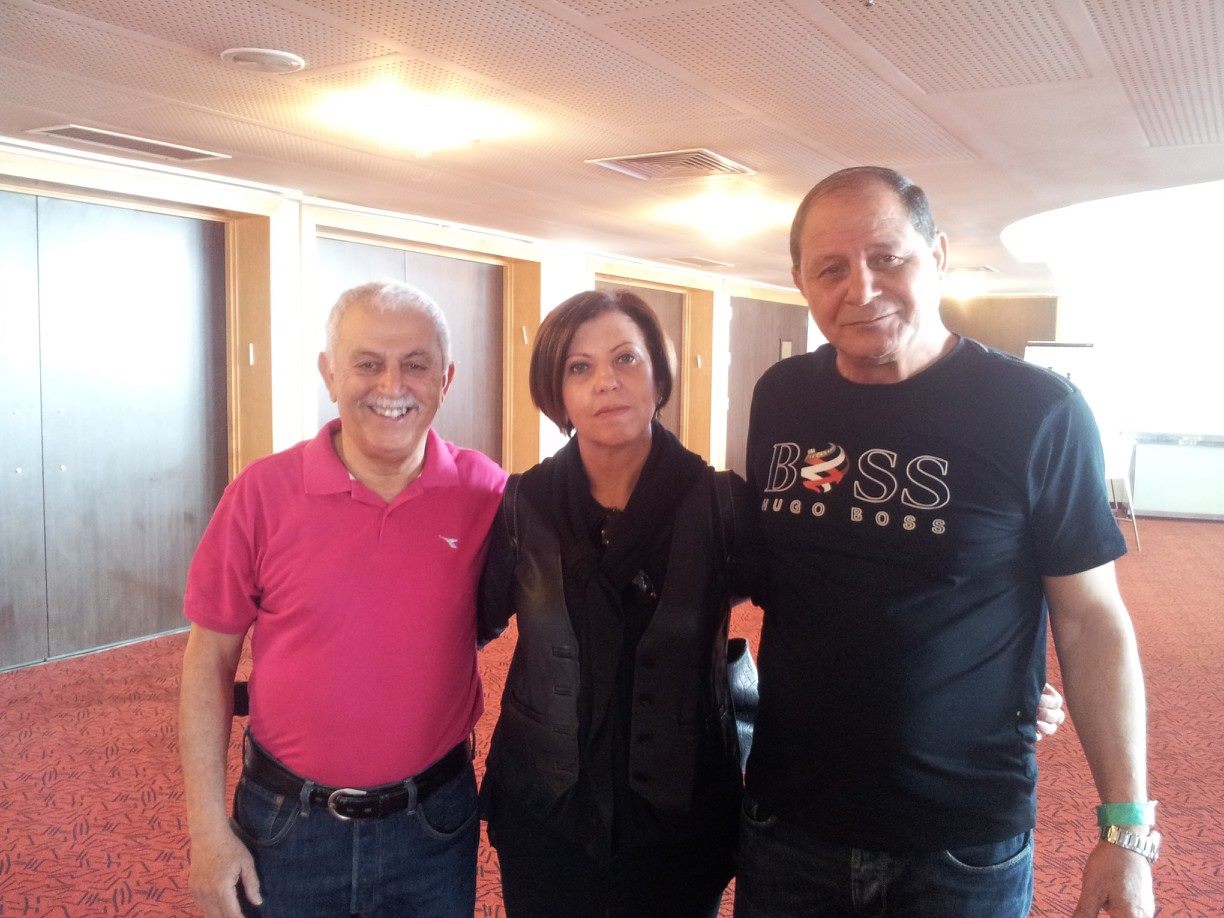 For the past six months, police have conducted an investigation of a Histadrut official accused of committing sex acts with a 14-year-old girl. He was arrested and indicted last February. Later reports indicated that he’d conducted the affair with the girl from the age of 8 or 9 till she was twelve and a-half years old. The YouTube video above is a TV interview with the woman who first exposed the case.

The suspect claims that the girl “seduced” him and that the charges were concocted by the victim’s mother. How in God’s name does a little girl seduce a grown man?

There is an Israeli gag order prohibiting reporting of the name of the suspect. His name is Tzion al-Grisi (or Algrisi). He works for the Histadrut labor federation as the Tel Aviv regional branch chair. He is also the chair of the Tel Aviv professionals union.  He was also a labor union delegate to Meretz and was a mid-level member of the union’s delegate list (though important enough to feature a photo of himself arm-in-arm with Party chair Galon).

Though al-Grisi was arrested months ago, the labor union announced after the case became public last March that it was taking action to suspend him. He remains in his position. 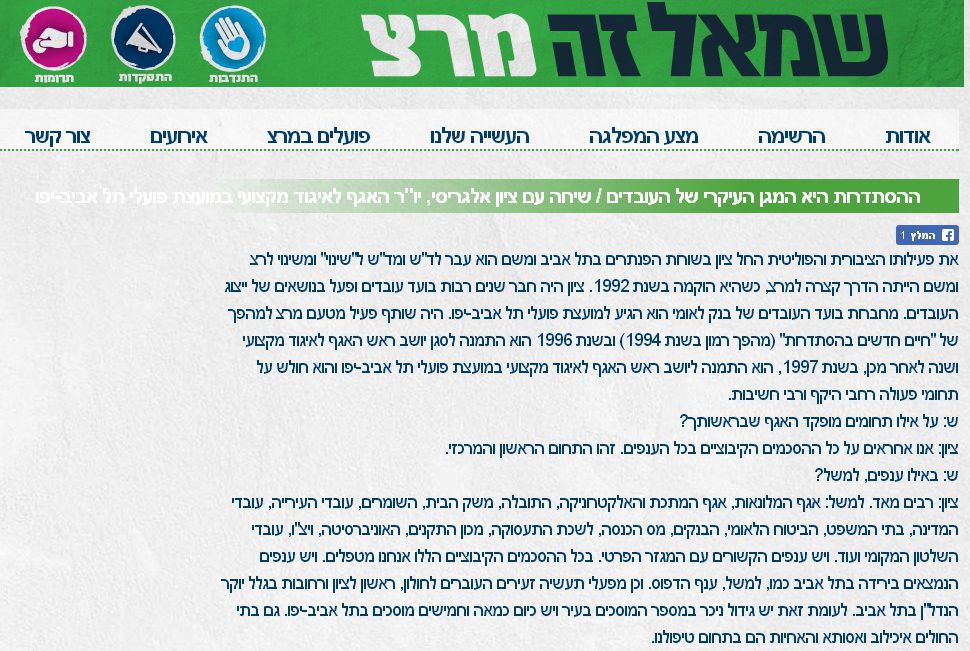 Interview with Algrisi from Meretz website about his union representation of high tech workers. The article has been removed from the website.

The Party announced that it had suspended the Algrisi a few days after the charges first became known.  However, Party chair Zehava Galon had requested he be fired. It’s unclear why the Party chose the milder approach considering the seriousness of the charges. Further, it’s unclear why the Party revealed nothing about the incident for months until rumors began flying through the Twittersphere, which the Party felt had to be addressed.

One of those charges was that other Party officials made sympathy visits to Algrisi’s home while he was under house arrest.  This is not the case. It appears connected to the earlier erroneous identification of the suspect with another individual.

Though Israeli media have widely reported the suspect was a senior member of Meretz, this appears to be a slight exagerration.  He is a senior member of the Histadrut, which appears to have taken no disciplinary action against him.  There are several references to him and his position on the union’s website.  I posed a series of questions to the Histadrut’s attorney about Algrisi’s status in the organization.  If he responds, I will update this post.

In considering why Algrisi remained a fixture in both organizations well after he was arrested, I considered whether he had a political patron who offered him support or protection.  Though this is only speculation, I noticed that the other senior Meretz/Histadrut official pictured in the Facebook photo above is Yossi Marciano, the Histadrut deputy chair.  If you read the interview displayed here with Algrisi, it’s noteworthy that he specifically mentions that Marciano is the one who gives him his political marching orders concerning policy issues related to the Party.  These two circumstantial facts may be help explain the leniency offered to the rape suspect.

FYI – It seems you outed the wrong person!
Meretz insider Yossi Gurvitz says he knows with certainty the person responsible is not Marciano.

used to be in meretz
Reply to  Danny

True! it’s not him – it’s a different histadrut meretz rep

Richard Silverstein
Admin
Reply to  used to be in meretz

@ used to be in meretz: The identification is now correct. The suspect is Tzion Algrisi.

You have crossed two ethical lines here: (1) You’ve accused an innocent man of a heinous crime, and (2) you’ve helped to potentially ID the victim. If I was Marciano I’d try to sue the pants off of you.

My advise to you is to stick to political commentary…

I live in a country where suspects last names are never mentioned in the media, and this remains so even if they are convicted. The idea is that after you have paid your debt to society you and your family should be able to start with a clean slate. So this naming of suspects never sits very well with me. That being said, I do not understand what you mean when you say the victim can be identified because of Richard’s post.

@ Danny: As far as I can tell, you aren’t Marciano & can’t sue me. But I’d urge you to contact him & urge him to do so. As George Bush said about Iraq: bring it on. And while you’re at it, tell Algrisi to sue me as well.

Nor does this disclosure harm the victim in any way & your claims that it does are a stupid red herring argument used by Israeli males to justify shielding the male perpetrators.

As for your “advice.” You can take it & shove it where the sun don’t shine…

Someone fed you with the wrong information. you shuld appologize to Yossi Marciano!
there is indeed someone under house arrest for these chrages, but that individual crries no roles in Meretz anymore

@ Meretz member: I updated the post and added an apology. But the fact that Algrisi, the real suspect, no longer has any role in Meretz doesn’t explain why he DID have a role in Meretz for months after he was first arrested. Maybe you or someone can explain that.

Because sleaze seems to be the norm in Israeli politics the last ten years?

Could that title be even worse? ‘Sex scandal’? Since when is rape a ‘sexual act’ and pedophilia is a ‘scandal’?

@ GY: Give it a friggin’ break! Your hasbaphilia is showing. I think you appear anatomically-challenged. Everyone but you knows that rape involves sex and that a rapist who works for Histadrut & is a Party delegate to Meretz constitutes a “scandal.” You can’t piss on our backs and make us think it’s rain, bud.

And if you take this line of argument any further I warn you I have a very low tolerance for bullshit, which is what you’re peddling.

No, I’m not Marciano, and I have no connection to him at all.

But I do follow Yossi Gurvitz on Twitter, and he is a well-known Israeli pundit and extreme leftist. As far as I can tell, he is what you would call a feminist (even though he’s a man). He is the one who alerted me to the two ethical transgressions committed by this post. If you want to accuse an “Israeli male” of shielding other males of sexual assault, do so to him. He will answer all your charges, I promise you.

As for how outing Algrisi can also out his victim – it could potentially happen if someone who knows both Algrisi and the victim puts two and two together. Believe it or not, this is the main reason the police puts a gag order on such cases – to protect the victim’s identity and privacy.

@ Danny: Your description of Yossi Gurvitz is ridiculous. He’s not a pundit nor an extreme leftist. He is a self-important jackass & pain in the ass, but that’s a whole other story. Nor do I live my life or owe anything to you or him. Nor does he or you get to define what are “ethical transgressions.” At least not for me.

So it “could possibly happen” that Algrisi, who himself desperately does not now want this case known, would go to the trouble of outing his alleged victim. And that’s your proof that I’m harming the victim? Really? That’s all ya got?

You are the 40th Israeli male over the years whose real purpose was to shield fellow male perpetrators from sex abuse charges, who glommed onto the female victim as the reason for police misfeasance & malfeasance in pursuing sex crimes; and for the judicial enabling of this wretched phenomenon. Let’s see how many female victims believe their male perpetrators should be protected by gag orders. Can you find any? I didn’t think so.

Oh & do please urge people to sue me for this. Or better, be a man & do the deed yourself.