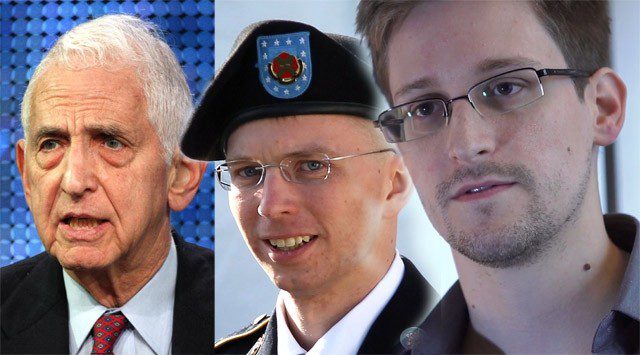 Anat Kamm, the Israeli whistleblower who leaked top-secret IDF documents which exposed targeted killings of unarmed Palestinian suspects and other potential war crimes, was released from prison after serving two years of an original four and a half-year sentence (reduced by one year after Supreme Court review).  I was the first journalist to expose her secret arrest and disappearance by the Shabak.  After Judith Miller took up the case here in the U.S. on unlikely venues like FoxNews, Israeli media satirized their inability to report a story known throughout the world.  Finally, security officials were made to feel a laughingstock and confirmed her arrest.

The only time I wavered in reporting this story was when an Israeli reporter, who is also a peace activist, told me that parties associated with her had asked journalists not to report the story for fear that it might spoil a plea bargain being negotiated with the State.  For several days, I removed any reporting about her story.  But when her attorney didn’t respond to a request that he clarify what her position was with regard to reporting the story, I republished the pieces and continued reporting it. 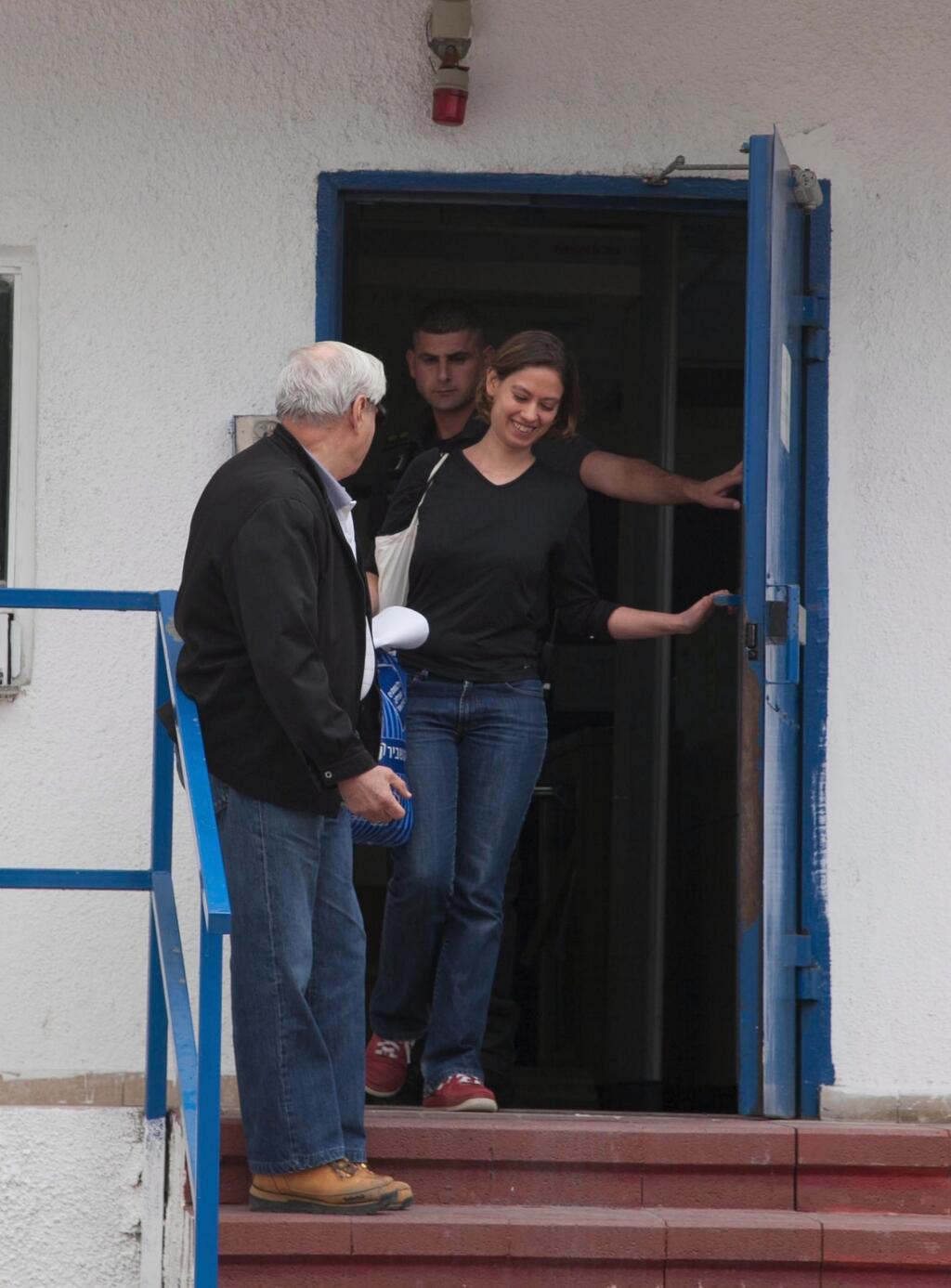 A Walla reporter e-mailed me today about my views on Kamm’s release.  I feel as always have.  That she is a national hero, a whistleblower who risked a great deal because she believed the IDF had engaged in illegal acts and war crimes.  Her prosecution, but especially Uri Blau’s, were a disgrace.  Their fates have only further confirmed my own portrayal of Israel as a national security state in which individual rights and liberties, such as they are, are subsumed under the interests of the State, extremely broadly defined.

I had to laugh when I read this “welcome-home” statement from some true friend of Israeli democracy:

…As she left prison…an activist yelled out, “You betrayed your country. In any other normal country they would have locked you away for life,” according to Walla News.

In fact, in the U.S. they tried, but never locked Daniel Ellsberg away for a day (but his freedom was guaranteed by government misconduct).  Chelsea Manning will likely spend many years in prison.  The jury is still out on Edward Snowden since he maintains his freedom today.  Though there are members of Congress who’ve publichly said he should be hung and American spooks who’ve publicly said they’d like to put a bullet in his head.

I don’t know what a “normal” country is.  But a country that respects democratic rights and honors the right and even obligation of citizens to expose government wrongdoing (which is what I would call a normal country), would honor such whistleblowers instead of criminalizing their conduct.

I wish Anat Kamm well.  She sacrificed much.  She lost much.  But she did something noble, something good, something for which some Israelis are justifiably proud.  When Israel becomes the democracy that I hope it sometime will, she will be remembered and respected in a way similar to the way Rosa Parks is remembered in this country today.

My major criticism of Haaretz’s role in Kamm’s exposure, involved its publishing unredacted facsimile’s of the IDF memos she leaked.  This enabled a former Shabak officer, Yonatan Dahoach-Halevi, to follow the internal routing information and trace them back to her.  In some sense, these are similar mistakes to ones made my Julian Assange in publishing Wikileaks documentation, which exposed U.S. intelligence sources to harm.  This is likely why Glenn Greenwald is proceeding so slowly with his own publication of the Snowden NSA material.  Presumably, he’s vetting the information extremely slowly and carefully.  At any rate, Haaretz inadvertently allowed Kamm’s exposure, for which she is now suing the newspaper.

There’ve been a few funny anecdotes resulting from my role in this story.  First, when I first began reporting the story, I’d never seen Kamm’s name spelled in English, so I spelled it with only one “m.”  I heard word back from someone that she was miffed that I hadn’t spelled it right.  There were of course scores, if not hundreds of comments posted here about the case.  One of them came from someone using the nickname ‘Schockentchick‘ (in Slavic-accented Hebrew, “chik” is a diminutive, and Schocken of course refers to the ownership of Haaretz).  From the generally disparaging, slightly defensive tone of the comment, I eventually came to believe that it was written by the then-editor, Dov Alfon.

On a related matter, I’m humored by the government’s “offer” that if Snowden pled guilty it would be open to discussing a plea bargain with him.  That’s putting the cart before the horse and is actually quite insulting, especially since it doesn’t hold any cards of any value.  A plea bargain involves a discussion of a wide range of issues including the charges and sentence.  Saying you’ll negotiate after the suspect pleads guilty offers him nothing and you everything.  This is characteristic of the hubris of the Obama administration.  It exists in some sort of fantasy land of its own making, while the rest of us, including Snowden, live somewhere closer to reality.

A short interview I recorded with Walla! will be aired on its 2PM (Israel time) newscast.  I hope Israeli viewers can catch it.

Kamm’s published document not only underscored the fact that extra-judicial killings of Palestinian activists were taking place, but provided hard proof that the IDF’s disparaging contempt to Supreme-Court’s directives regarding Palestinians’ human rights was not confined to some unruly, over-enthusiastic low-ranks, but was actually a consistent policy of IDF generals.

I think this case highlighted the invaluable role of your blog in the rear-guard losing battle for whatever’s left of Israel’s dwindling democracy.

“In some sense, these are similar mistakes to ones made my Julian Assange in publishing Wikileaks documentation, which exposed U.S. intelligence sources to harm.”

Really? – US sources have been harmed by the Wikileaks release? Politicians embarrassed certainly, but sources harmed? US politicos would claim this without a doubt, but then they make stuff up to suit their needs.

Whenever I read the names of Snowden, Manning, Ellsberg and Kamm…I am really shocked to not see Mordechai Vanunu’s name, considering his many years within a shin bet prison (18) most of which were tortuous and in absolute isolation (11) which we now know is a devastating form of torment….and since 2004 “release” he is still fighting for his right to leave his enlarged ‘cage’…essentially living in a prison on his own dime. That the israeli govt continues to claim he is a “security threat” despite their constant surveillance of him complete with regular harassment, extensive restrictions on his ‘freedom’ of speech, movement and association, requiring police ‘permission’ for him to visit a beach and requirements to report wherever he might sleep other than his regular address….subject to raid or arrest at any time. Let us not forget the sacrifice and courage of this first significant Whistle-blower, Mordechai Vanunu.

@ Miriam: Agreed. I of course honor Vanunu as well. He’s been even more abused than the rest in terms of how Israel has treated him both during prison & after his release. It is sheer vindictiveness. Maybe we can barter a deal: Vanunu for Pollard. Though Vanunu has completed his sentence, he’s essentially still imprisoned in the Israeli garrison state.

The bad guys who planned and execute illegal war crimes never seem to anticipate that these secrets will likely be exposed for all to see. How could Israel ever believe that its nuclear program would not be disclosed in detail? It is this hubris, this blindness, that is shocking and it speaks clearly of the types of personalities running important political and military operations in Israel, that spoiled child, but probably in the US as well. As Richard notes, the Obama administration is rife with such conceits.

I saw this news only in one German paper today,
any other papers in Germany which publishe this unholy affair these days?
Can Uri Blau talk freely now or is he still (ever was?) under a gagging order?
Vanunu: how to communicate with him?

if you’d like to communicate with Mordechai here’s his email address: